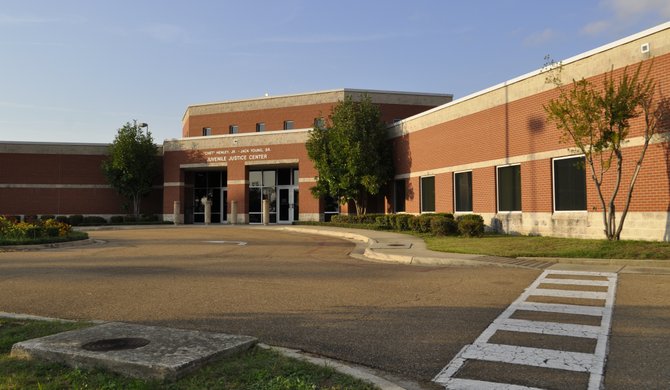 Children's advocates had worked with Hinds County officials to agree on a plan to improve conditions at Henley-Young, a facility designed to house children who have broken the law. Photo by Trip Burns.

Hinds County officials and attorneys for children detained at the county's Henley-Young Juvenile Justice Center are again at odds over how much improvement has taken place at the youth jail in the past two years.

In 2011, the Southern Poverty Law Center and Disability Rights Mississippi sued the county over allegations of abuse that included "forcing children to stay in small cells for 20 to 23 hours every day with little human contact, exercise or access to education and rehabilitation programs; verbally abusing and threatening physical harm to children and their families; and withholding medication from children with serious mental health problems," which led to a federal consent decree.

Under the agreement, the county would be monitored periodically to ensure that abusive conditions were being met. Now, the SPLC say that the county has failed to make substantial progress in any of the 71 areas of concerned. This week, attorneys for the SPLC filed a motion for contempt against the board of supervisors.

Corrie Cockrell, an SPLC staff attorney, said the motion came "after numerous attempts to resolve the issues with county officials."

"They have made some progress, but it's minimal, and they definitely have a long way to go," Cockrell told the Jackson Free Press Thursday.

Pieter Teeuwissen, the attorney for the Hinds County Board of Supervisors, says the accusation that the county was unwilling to negotiate is "patently false."

"The county has repeatedly asked SPLC to propose a narrowly tailored extension of the consent decree," Teeuwissen said. "The SPLC wants to extend the entire thing as if no progress has been made."

The settlement agreement requires the county "to provide children with adequate medical and mental health care in a timely manner and to provide daily educational, rehabilitative and recreational programming" and "includes provisions to protect them from abuse and to increase staffing levels."

The June 2011 lawsuit noted that youth with mental-health issues were denied visits from advocates and lacked counseling or assessments from medical professionals. Several children attempted suicide or were denied medical attention, the suit claimed. In addition, it claimed that Henley-Young officials kept kids in abusive, unsanitary and unsafe conditions, isolated children in cells for 20 to 23 hours a day, denied them educational and counseling services, and verbally abused detainees.

Children's advocates had worked with Hinds County officials to agree on a plan to improve conditions at Henley-Young, a facility designed to house children who have broken the law. Mississippi has 17 county-owned juvenile detention centers. Henley-Young is the largest. Kids ages 13-19 who commit minor crimes—drugs or truancy—get locked up at Henley-Young.

In the most recent independent monitor's report, filed with the court Thursday, monitor Leonard Dixon wrote that the county was in substantial compliance with only a handful of 71 areas outlined for improvement, including restraint chairs, chemical restraints or firearms being present in the facility.

Cockrell says those are areas in which the county could have been substantially compliant months ago.