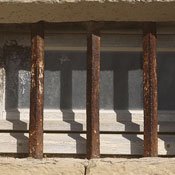 Children entering Henley-Young Juvenile Justice Center will now get a mental-health evaluation and counseling at the beginning of their stay, a significant change from recent practices. Youth incarcerated at the Hinds County detention facility will also have better rehabilitation options, input from family and advocates, and more time outside their cells.

These changes are some of the highlights of an amicable settlement between Hinds County and the Southern Poverty Law Center. Last summer, the SPLC and the advocacy group Disability Rights Mississippi sued the county over the treatment of youth at the center. That June 2011 lawsuit noted that youth with mental-health issues were denied visits from advocates and lacked counseling or assessments from medical professionals. Several children attempted suicide or were denied medical attention, the suit claimed. In addition, it claimed that Henley-Young officials kept kids in abusive, unsanitary and unsafe conditions, isolated children in cells for 20 to 23 hours a day, denied them educational and counseling services, and verbally abused detainees.

Children's advocates worked for months with Hinds County officials to agree on a plan to improve conditions at Henley-Young, a facility designed to house about 80 children who have broken the law. Mississippi has 17 county-owned juvenile detention centers. Henley-Young is the largest. Kids ages 13-19 who commit minor crimes—drugs or truancy—get locked up at Henley-Young.

Corrie Cockrell, an SPLC attorney working on the case, said she was pleased with the settlement. "Both parties worked hard," she said. "It's very comprehensive."

While the county denied the lawsuit's claims, both parties agreed on several points to improve conditions at the center. Some of the changes will happen right away, while others are scheduled for 60 to 90 days from now.

The 25-page settlement includes remedies "necessary to correct an ongoing violation of a federal right." Within an hour of entering the facility, youth will get a health screening that will include a psychological evaluation. The facility will develop a policy about when and how guards strip search children. For every eight children, one staff member will be on site during the day. At night, the ratio will be one staff member for every 10 inmates. Staff can't use restraints to punish children or for their own convenience.

The federal courts govern the settlement through the Prison Litigation Reform Act of 1996, Cockrell said. By the end of March, Hinds County will contract with independent expert Leonard Dixon, who will document the county's compliance with the settlement. Dixon is executive director of a similar facility in Michigan, the Wayne County Children and Family Services Juvenile Detention Facility.

Crystal Martin, Hinds County Board of Supervisors attorney, was not available for comment for this story.

While the SPLC succeeded in getting the county to agree to many reforms, Cockrell said more could be done for the children detained at Henley-Young.

"Our goal is that the county would look at alternatives to detention centers," she said, and mentioned day treatment and mentoring programs as two examples. Both would allow a child to stay in his or her community. These types of programs would also be more cost-effective for the county, Cockrell said. "It costs a lot of money to operate a detention facility."