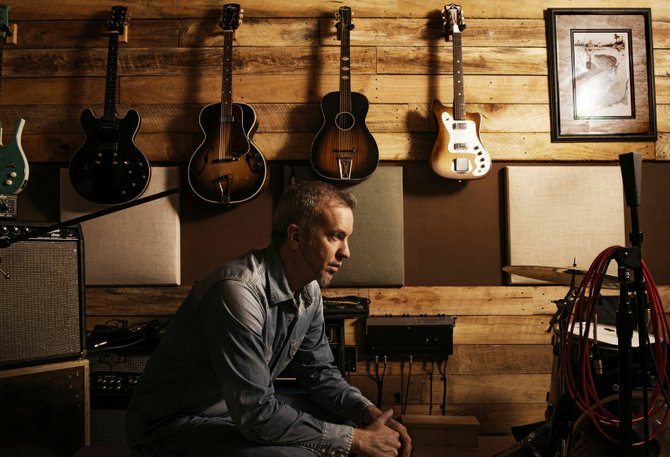 Southern rock emerged as a genre in the early 1970s with the Allman Brothers Band owning the country-tinged sound, and Lynyrd Skynyrd celebrating heritage through its lyrics. Over the years, variations have evolved, readily mixing with the blues, soul, bluegrass and the funky tang of the ubiquitous swamp. These days, descriptions of bands and music from the South tend to be long, hyphenated and increasingly vague.

JJ Grey and Mofro, which The New York Times described as "riff-based southern rock" and "cold-blooded swamp funk," is subject to the same hyphen-laced vagaries. That is, until you hear the music or read Grey's lyrics. Born and raised on St. John River near Jacksonville, Fla., Grey is the genuine article, all that and a bit of a philosopher to boot.

Talking by telephone from Athens, Ga., back on the road after a two-month hiatus, JJ Grey—who fronts the band that now shares his name—has a long view on life that peppers his comments and conversation.

"When I went on vacation, I realized that my whole life is a vacation, even when I'm changing the oil on the truck, it's still vacation," Grey says, casually. "You can make it hard, or you can make it easy. Maybe you can't always pull it off, but you give your best shot anyways."

A full-time performer and singer-songwriter since 1998, Grey, 44, has learned his share of life lessons. From his juke-joint beginnings and the rigors of playing more than 200 shows in one year, to releasing eight albums and performing at renowned music festivals, Grey has earned his stance and success. JJ Grey and Mofro—formerly called just Mofro—has played Lollapolooza, Austin City Limits Festival, Montreal Jazz Festival and Fuji Rock in Japan. The group has shared stages with acts including B.B. King, the Allman Brothers Band, the Black Crowes and Los Lobos.

Since the band's formation, Mofro members have come and gone. The current incarnation of the band is drummer Anthony Cole, saxophonist Art Edmaiston, keyboardist Anthony Farell, trumpeter Dennis Marion, bassist Todd Smallie and guitarist Andrew Trube. Mofro jams like an all-purpose dance and party band with the versatility to swing from rock to soul to funk to folk ballad.

As a songwriter, Grey sticks to themes that are closest to his heart—the people he loves, his life experience and the river home he returns to as often as possible. When he writes a song, he records a demo on which he plays every instrument.

"It doesn't necessarily mean that it all sounds good," Grey says, laughing. "I've got a little studio at home with a full drum kit. Everything is mic'd up, so I can jump from thing to thing quickly and either make something up, or just flounder around."

JJ Grey and Mofro's 2013 release, "This River," is a collection of songs with styles and themes intact. The album has a number of full-out funk tunes, a tribute ballad, and a track that Trube and Farrell penned. The title track—a stripped-down, slow-building, memory-inspired anthem—closes it.

"I was sitting by the St. John River many years ago. The river is so wide," Grey says, setting the scene. "It's three miles wide at the spot where I was, like a lake—so still. It had a calming effect on an young, angry mind."

Grey's evocative vocal on "This River" is moving, as unhurried and deep as the river where he's able to empty his busy mind.