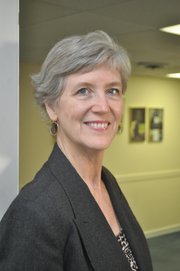 In his first State of the State address in January 2012, Gov. Phil Bryant put the onus of finding ways to reduce Mississippi's teen pregnancy rate on the state departments of health and human services. The result of his directive is a 95-member Teen Pregnancy Prevention Task Force.

Sen. Sally Doty, R- Brookhaven, is one of the task-force members. Doty's participation compelled her to sponsor a bill in this year's legislative session to mandate the state Institutions of Higher Learning, public universities and community colleges to come up with their own plan of action to reduce teen pregnancy.

Mississippi had the second-highest rate of teen births in the nation in 2011, at 50.2 percent, second only to Arkansas' 50.7 percent rate. It ranked highest in 2010, with 55 percent, reports the Centers for Disease Control. The state Department of Health reports that 5,644 Mississippi teens got pregnant in 2012, and 18- and 19-year-old women accounted for 3,913 of those pregnancies, or nearly 70 percent.

Doty hopes to reach the older teens with her bill, SB 2563. The state House of Representatives has a nearly identical bill in its chamber, HB 972.

"Those are women who should not be having children," she said, adding that many teen mothers are unmarried and without the family and financial resources to provide stable homes, either for themselves or their babies. Single motherhood is the top predictor of poverty, and daughters of single mothers often become single mothers themselves, feeding a generational cycle of poverty.

The proposed law specifies that colleges provide information on how to avoid pregnancy in "success courses and orientations," and incorporate facts about unplanned pregnancy in other academic classes. It also asks the colleges to set up mentoring programs between their students and younger teens, collaborate with community health centers, and offer solutions for child care, transportation and financial aid to single parents.

The Jackson-based Women's Foundation of Mississippi (formerly The Women's Fund of Mississippi) advocated for this holistic approach. The non-profit foundation has made reducing teen pregnancy a priority for the last several years, launching the Fact Not Fiction website (factnotfiction.com) in October 2012 to provide teens and their parents with medically accurate information about sexual health. The bills stop short of telling the schools what kind of information they should disseminate. Language such as "medically accurate" is not included in either piece of legislation.

"That is not the purpose of the bill," Doty said, though some of her colleagues wanted to add similar specific suggestions. Doty believes curriculum choices should be up to the schools. "We should not legislate that through Jackson."

Carol Penick, executive director of the Women's Foundation, called the proposed law a "second-generation" approach to preventing teen pregnancy. "It's a new way of looking at it," she said.

Through their collaborative approach, the bills allow for programs that assist not only single mothers, but their children as well. Many colleges already offer day care to teachers, Penick said, and extending child care to students is a good fit, in that case. Bringing community health centers into the mix will provide additional resources for students and their children including access to health care. Such programs could help students stay in school and earn their degrees faster.

"(Colleges) want to know what they can do better," Penick said. "I don't think anybody will lose with this."