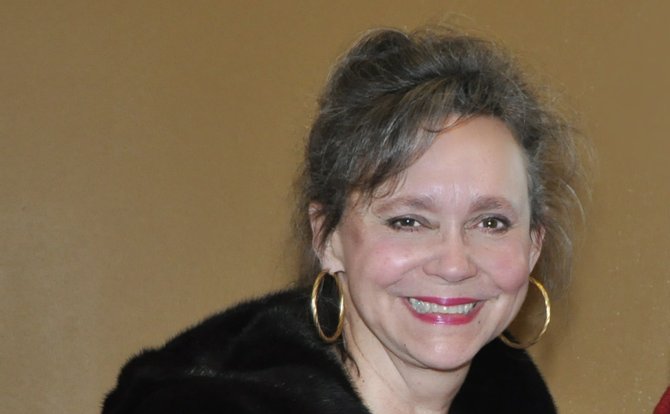 If laughter and love are balms for the soul—and surely they are—spending Valentine's Day morning with Jill Conner Browne provided plenty of both.

Conner Browne, the original "boss" Sweet Potato Queen and author of nine books, took the place of her pastor, Keith Tonkel of Wells United Methodist Church, at Koinonia Coffee House's Friday Forum this morning. Her humor, while keeping the gathering laughing, carried a serious message about the upcoming Zippity Doo Dah events in Jackson, which take place the weekend after the Mal's St. Paddy's Parade in March. This year's ZDD parade grand marshals are veterans of the Vietnam War.

"Vietnam veterans have never been welcomed back," Conner Browne says. Instead, many treated them with derision, calling them "baby killers" and spitting on them when they returned from the rice paddies and jungles of Vietnam.

"There's never been a healing for them," she says.

When Conner Browne learned that the vets wanted to mount a parade in Jackson, she reached out to them.

"Let us throw you a party," she told them, and the vets agreed.

Conner Browne invited all of Jackson to, at long last, welcome the veterans home and to help raise funds for the city's Blair E. Batson Hospital for Children, the only children's hospital in the state that provides care for sick children regardless of their families' ability to pay, she says. Last year, Zippity Doo Dah-related events raised more than $100,000.

The Bible that Conner Browne carries, which she referred to several times this morning, has a history. It's a Gideon Bible—the same book visitors can find in numerous hotel rooms throughout the nation. Conner Browne says she stole hers from a Hilton after developing a unique fondness for it, but her soul—and the value of the Bible—is more than redeemed every year when a friend donates the cost of five new Bibles to Gideons International every year in her name.

The Sweet Potato Queens' motto comes directly from Isaiah 56-12, Conner Browne says. "'Come,' each one cries, 'let me get wine! Let us drink our fill of beer! And tomorrow will be like today, or even far better.'"

"There are only two forces," directing our lives, she says. "Love or fear. ... Fear is at the bottom of negativity."

The Bible has something to say for the Queens about that, too, she says. In 2nd Timothy, 1-7 Paul wrote, "For God hath not given us the spirit of fear; but of power, and of love, and of a sound mind."

It's in that spirit that the Sweet Potato Queens revel every March in Jackson. The Queens have more than 6,300 chapters in 37 countries, Conner Browne says. Some come to the festivities from as far away as Indonesia, "which isn't even a state, yet," she quipped.

"Do what makes your heart sing," she advises.

Research proves that play is as important as food, clothing and shelter, Conner Browne says, and the Queens are all about playing. She aims to include laugher, sex and chocolate in each of her books, which she admits can be a bit spicy.

"That is my contribution to the world," she says. "And you're welcome."