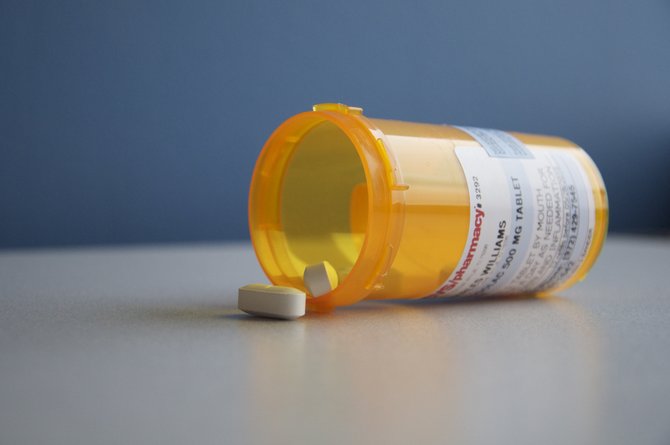 Dr. Elizabeth Perry, a Jackson psychiatrist, recently asked Beemon Drugs for a quote on Abilify, a drug she often prescribes to treat depression and bi-polar disease. The retail cost is between $700 and more than $1,000 (depending on strength), for 30 pills—a one-month supply.

"The impact of this could be tremendous," Perry said, leaving vulnerable patients with fewer choices for care, and potentially destabilizing patients who can't find in-network providers or afford to continue their medications. Those patients will end up in emergency departments, she said, causing family and job disruptions. "It's mind-boggling."

Meredith Virden, a spokeswoman for BCBS, plays down the fears, saying the provision was added to the its health-insurance plans in January in response to requirements of the federal Affordable Care Act. Virden said the change "encourages use of in-network doctors," and allows BCBS to manage their customers' drug use better. It could, for example, prevent situations where different doctors may unknowingly prescribe incompatible or dangerous drugs. She also said that BCBS is not enforcing the change at this time pending a state insurance commission review. The change, however, appears in a November 2013 BCBS plan summary obtained by the Jackson Free Press.

Robert Dozier, executive director of Mississippi Independent Pharmacy Association, a group that represents the interests of independent pharmacists across the state, said the change is evidence that BCBS is not patient- and provider-friendly anymore. He characterized the insurer as the "800-pound gorilla" of health-insurance companies. Statewide, BCBS insured 81 percent of consumers with private health insurance in 2011.

"They think they can push around the providers and the patients," he said.

Dozier is concerned that the change will force pharmacists to turn away patients with legitimate needs.

"The patients will have to walk away," if they can't afford to pay full price for their medications, he said, even if they have a valid BCBS plan that covers other prescriptions. "They would have to pay out-of-pocket."

The Kaiser Family Foundation estimates that in the United States, roughly half of mental-health patients have access to care. Mississippi actually does better than the U.S. average, meeting 70.5 percent of the states' needs, Kaiser reports. Perry indicated, however, that restricting patients' pharmacy benefits could push out-of-network mental-health providers to find positions in states with better options for patients.

Perry said she found out about the BCBS prescription coverage change from a patient who called for a reference to an in-network provider.

Insurance Commissioner Mike Chaney said his office is in communication with BCBS, and the company agreed not to enforce the new provision, yet. To his knowledge, no BCBS plan holders have had to pay out-of-pocket for medications prescribed by out-of-network providers.

"I would be very surprised," if the provision was in force, he said, and added that his office has not received any complaints about the benefit change from health-care providers. Overall, complaints about Blue Cross & Blue Shield to the insurance commission are low—"fewer than 10," Chaney said.

"Those we've looked into have been misunderstandings," Chaney said, and those complaints were resolved. "We want to be certain that patients get what they need."

While Chaney and providers agree on that point, the Mississippi State Medical Association, similar to MIPA, argues that the change will be harmful to Mississippians. The organizations are pushing for legislation prohibiting BCBS and other insurance companies from denying prescription coverage from out-of-network providers.

Blake Bell, MSMA's director of governmental affairs, said his organization has reached out to other health-insurance companies in Mississippi and in other states to determine if other companies limit prescription coverage to their in-network doctors.

Bell said that he has yet to hear of another insurance carrier in the country with a similar restriction. He added that HB 546, which passed out of Chism's House Insurance Committee Jan. 30, resulted from his organization's members expressing real concern for their patients.

"We want people to get better," Bell said. "We don't want insurance coverage to be a barrier."