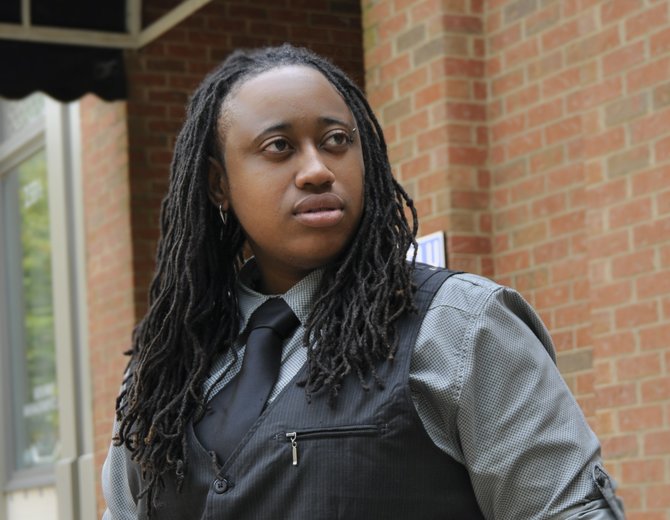 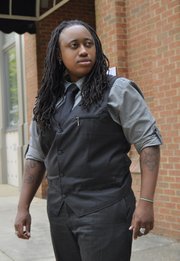 Constance Gordon is unapologetic about who she is. "I feel like me being a woman, me being black, me being lesbian, I'm outcasted everywhere. I've got tattoos and dreadlocks and gaged earrings, so there's always a way for me to stand out," she says. "I feel like that was given to me by the universe. It's like, you're not going to fit in, because I need you to stand out. You've got a voice, and you're not afraid to use it, so we're going to use you."

Gordon, 32, currently uses her voice as an advocacy coordinator for the American Civil Liberties Union. "I'm here to represent, stand for you, advocate for you, educate you, listen to you," she says. "More importantly, I'm here to celebrate your achievements."

Growing up in Pike County, Miss., Gordon says she was into everything—band, sports, honor societies, mock trials and more. She attended community college and then Jackson State University for a while, but left school to pursue a music career, rapping under the name Lyrik as part of the group Dread Bred. As her star started to rise, she became more involved in community outreach and found that the qualities she had always expressed had a real use in working with youth. "Growing up, I was always a leader, because people came to me for advice or direction," she says. "I would actually get people's questions and research them for them, and help them find the answer."

As many of those questions were music-related, Gordon decided to further educate herself, earning an entertainment business management degree from Full Sail University. Then, three years ago, the ACLU hired Gordon to help plan its annual Hip-Hop Summit, and she worked her way up. She mostly focuses on youth justice reform and equality issues.

"I'm proud to be a part of the changes happening in Mississippi. I'm grateful that people respect me enough to come to me for assistance because I am educating myself," she says.

Outside the ACLU, Gordon also leads diversity training and is a public speaker and consultant on many issues including LGBT domestic violence, leadership and entertainment business. She is a graphic designer for Club Metro Reloaded and manages the club on lesbian night. She is working on two master's degrees, in innovation and entrepreneurship.

Even with all her accolades and activities, Gordon has her eye on the bottom line. "Humanitarian awards, degrees—all that stuff doesn't mean a thing if I don't see a change in Mississippi," she says. "Mississippi's success is my success."