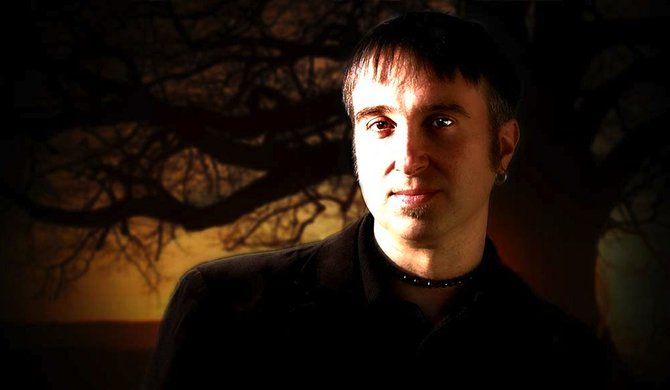 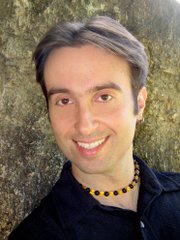 While the Mississippi Legislature was polishing its Religious Freedom Restoration Act (which opponents say opens doors to legal discrimination for religious reasons), Christopher Penczak and other believers of a mostly misunderstood and reviled faith—Wicca—planned a workshop.

Penczak, 40, is one of the founders of the Temple of Witchcraft in New Hampshire. From its humble roots as a magickal training and personal growth system, the temple has become a formal tradition of Witchcraft. The website says that the temple's goal is "to awaken the potential of the human soul to its natural gifts of psychic awareness, communion with nature and the spirits, and magick. Each individual seeks to live a magickal life. Through these awakenings, we seek an expansion of consciousness through the alignment of our souls with Love, Will, and Wisdom to further the Great Work."

Many people believe that Wicca, or Witchcraft, is the same as Satanism. The bias dates back to the early Christian church, culminating in 200 years of blood-thirsty hysteria from the 15th to the 17th centuries, when the Catholic Church was determined to wipe out older beliefs threatening its dominance. During the "Burning Times," Christians executed hundreds of thousands of supposed witches—mostly women—in Europe and colonial America (recall Salem, Mass.).

"[I]t's a perversion of history to claim that Wicca involves a focus on Satan, and that Wiccan rituals are Satanic," wrote James T. Richardson in "New Religious Movements and Religious Liberty in America."

Wicca is a contemporary earth-based faith based largely on pre-Christian pagan traditions. It is not Satanism, although the myth persists.

"Our theology does not have Satan in it," Penczak says. Satan is a Judeo-Christian concept, he adds, while Wicca has more in common with indigenous, shamanistic beliefs.

"We're basically trying to revive the practices that predate what we think of as modern traditions," Penczak says. "(Wicca is) rooted in reverence to the earth and understanding of the interconnections between all things."

"Almost all the Western beliefs include gods that die and resurrect," he explains. "But they're associated with vegetation," planting and harvesting.

The Wiccan Rede (or law) outlines Witchcraft's moral and practical guidelines, and centers on these lines:

And ever mind the Rule of Three:

What ye send out, comes back to thee."

The longer version of the rede stresses nature, natural rhythms and Wiccan rituals. They include the Magic Circle (or Moon Circle when held during full or new moons). Participants honor the four directions, and elements of earth, air, water and fire, which correspond to deeper principles.

"Earth is about physicality," Penczak says. "Fire is about your passion or energy. Air is your intellect ... and water is your emotions, the way you feel and relate to people."

The phrase, "An' ye harm none," is key to the practice of magic, or magick, which Penczak equates to prayer. For Wiccans, natural forces help manifest personal will.

Penczak grew up Catholic and attended Catholic schools until he graduated from high school, a background he shares with many Wiccans, he says, especially in his native New England. He's also a gay man, and traces the iconography of "flaming faggot" to burning heretics over sticks in the Middle Ages.

"I think there's a certain resonance with people who have been persecuted in any tradition for religious reasons," he says of Wicca.

"This is a path like any other," he adds. "... We're not something that goes bump in the night. We're just another faith, another tradition."

Christopher Penczak will hold a multi-session workshop in Jackson April 25 and 26. Topics include "The Coin, the Shield and the Heart: Fundamentals of Prosperity, Protection and Love Magick," and "Buddha, Christ, Merlin," an exploration of faith traditions and the subject of Penczak's latest book. For information, email Elaanie Stormbender at [email protected] Details provided upon registration.

I believe this is the most prudent stance to take when it comes to the apologetics and political differences between Christianity, Wicca and Satanism, though more importantly Wicca and Christianity. Organized, ritual Satanism to some extent works on the premise of philosophy and very much has a history of being at least as much anti-Christian as some Christians have been amoral and anti-humanist. On the other hand, Wicca is very much spiritual and religious in much the same way as Universalist, ecumenical Christianity has tried to be. And it's important to make and contrast those differences and have them stand for what they are and should be. It's ultimately a matter of where you want to bother building or maintaining your Pagan interfaith bridges I suppose, but enough cannot be said really about dispensing with common fears and superstitions people, and especially some Christians have about Earth based religions. For that reason, primarily I think it's important for Judeo-Christian politic to understand that as religious and spiritual people, Wiccans and Pagans have more in common with them ethically and morally than they may realize.