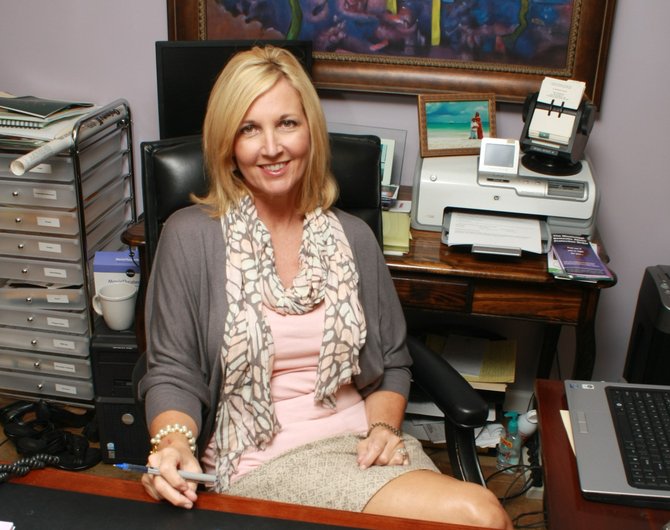 Sandy Middleton, director of the Center for Violence Prevention, is alarmed by a report that found the Mississippi State Department of Health withheld $600,000 from domestic-violence shelters. Photo by Courtesy Rachel Bush

The therapeutic benefits of practicing yoga are well documented, but this coming weekend, the power of yoga will be on display in a different way.

Tara Blumenthal, owner of Tara Yoga (200 Park Circle, Suite 4; Flowood), is hoping to "send good thoughts out to the communty" with Yoga for Non-Violence.

The event is open to the community and a $10 participation fee for the meditation and yoga practice will go to the Center for Violence Prevention in Pearl.

Yoga for Non-Violence, now in its fifth year, follows a report from the Governor's Domestic Violence Task Force that showed the Mississippi Department of Health withheld almost $600,000 from the state's domestic-violence shelters over the past two years.

The task force, headed by CVP executive director Sandy Middleton, announced its preliminary findings Oct. 10. The 25-member task force was the brainchild of Gov. Phil Bryant. The Legislature passed a bill, SB2631, during the 2013 session to formalize its structure. Among its members are lawmakers, representatives from the state attorney general's office and judges who hear domestic-violence cases.

As one of its first actions, the task force set out to understand the domestic-violence "lay of the land" in Mississippi so that it could recommend specific actions to improve the outcome for victims.

"Some of the report's findings were alarming," Middleton said at a news conference.

A sizable amount of funding from the state is under the auspices of the Mississippi State Department of Health, which is tasked with setting aside money from certain fees in domestic-violence cases to support shelter's operations; however, the task force found that the agency has shown a remarkable lack of accountability for the funds, leaving shelters begging for money that is rightfully theirs.

Middleton said the money shelters did not receive could have been used to completely fund one shelter for a year. Alternately, it could have paid a dozen sexual assault nurse examiners, aka SANE--a group of specially trained nurses who assist rape victims; an agency focusing on preventing human trafficking in the state; or additional batterers' intervention programs, or BIPs.

BIPs have proved very effective in lowering recidivism of batterers, with a near zero re-offending rate for the men and women who completed the program.

It remains unclear whether the funds can be recovered, and how much additional money meant for domestic-violence shelters is missing from years prior to 2011.

Bryant said his experience with domestic violence when he was a Hinds County deputy sheriff prompted him to begin studying the issue in 1997 during his tenure as state auditor. The task-force findings this year show that many of the same problems persist today.

"It is our time now to help prevent this violence," Bryant said, adding, "This is an important issue that everyone in Mississippi should be concerned about."

R.L. Nave contributed to this story. Comment at www.jfp.ms. To get involved with or sponsor the 10th anniversary JFP Chick Ball in 2014 to benefit the Center for Violence Prevention, email [email protected]