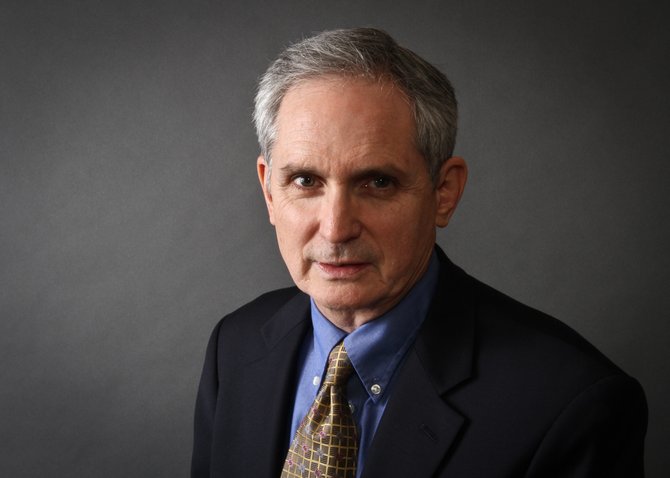 Michael O'Brien spent years putting together various perspectives of the Woolworth sit-in for his book, "We Shall Not Be Moved." Photo by Courtesy Mike O'Brien

Next week marks the 50th anniversary of the Woolworth sit-in in Jackson, a pivotal moment in our city's involvement in the Civil Rights Movement. Michael O'Brien, author of a new book chronicling the events of the sit-in titled "We Shall Not Be Moved: The Jackson Woolworth's Sit-In and the Movement It Inspired" (University Press of Mississippi, 2013, $40 hardcover), talked with the JFP about uncovering the story of that day.

What got you interested in the Woolworth sit-in in the first place?

I've known the woman at the center of the photograph (Joan Trumpauer Mulholland) for more than 35 years; the white woman who is turned away from the camera. So it was really through my interactions with her that I became aware of the photograph. Then, in 1992, I happened to be in Atlanta for a conference, and I stopped by the King Center, the Martin Luther King Center for Social Change, and I saw that photograph in context with all the other iconic civil rights photographs and realized that there must be a big story behind this. And so I went back and then began interviewing Joan Trumpauer, and she put me in touch with other people. One thing led to another, and I just got more and more deeply interested in the entire three week period of the Jackson movement, so I decided to dedicate my time to chronicling it and getting it into the history books.

There was all that primary research with the people who were there. And it was interesting because each of them often had a little bit different take on what had happened depending on where they entered into the story. But aside from talking to the people who were there, I had the opportunity to go to the Library of Congress to find all the NAACP papers. ... And then, of course, all the news accounts of not only that day but the two- to three-week period right after. ... I just went to any document I could find that would help me piece together what actually happened on that day and for the three weeks that followed.

Besides that, I became aware that the FBI was also there in Jackson starting the evening of May 27--the sit-in occurred May 28--so I actually sent for the FBI files through the Freedom of Information Act, and was able to obtain those. And that gave me a very interesting insight from a whole different perspective.

I didn't just talk to the demonstrators. I was lucky enough to have started this project when a lot of the people that were even just in the crowd were still in Jackson or nearby. I was able to talk to a couple of the photographers, the news men, a cameraman that got knocked down trying to do his job during the sit-in, and even, I was able to identify one person in the crowd who was willing to talk to me. So I was able to provide the other side's perspective, so it wasn't just a one-sided piece. And in fact, there was also an undercover detective in the store, and he was still around in the late '90s when I was doing my research, so I was able to talk to him as well.

What were you surprised to learn as you fleshed out the story?

One thing that surprised me was that so many of these people were still around, and not just that they were still around, but still in Jackson. Their lives had been always part of the Mississippi environment, and many of them didn't move that far away. So that was an interesting, unique aspect of it.

There were a couple other things ... There's this belief that civil rights was this singular force that moved through American life, and it was all unified and united. One interesting thing that came out in my research was that there were a lot of internal disputes within the NAACP and within the various civil rights organizations about how to proceed with the movement. Should we be doing more demonstrations, or should we be taking a more judicious approach through the courts? So there were all these internal battles going on while they were attempting to kind of foment this demand for change. And not everybody kind of got their way.

Did you plan the release of your book to tie in with the 50th anniversary of the sit-in and Medgar Evers assassination?

I certainly think it's a happy coincidence that both my book and the movie about Joan ("An Ordinary Hero: The True Story of Joan Trumpauer Mulholland"), which also has as a central part the sit-in and her role in it, are both coming out at the same time and in conjunction with the 50th anniversary. The series of events will, I think, help bring more attention to the role Jackson played in the overall Civil Rights Movement.

What lessons do you think we can still learn from these events?

I think the real lesson of the Jackson Woolworth sit-in is, and it is primarily the lesson of the overall Civil Rights Movement, is that nonviolent resistance is a real option to initiate social change.

The fact that there were nine individuals who participated in the sit-in as demonstrators, the fact that all of them were able to remain peaceful and not strike back with the kind of attacks they were under throughout the three-hour period, is a real testament to, of course, their own conviction, but also to the fact that nonviolence has the power to change hearts and lives for the better if used effectively.