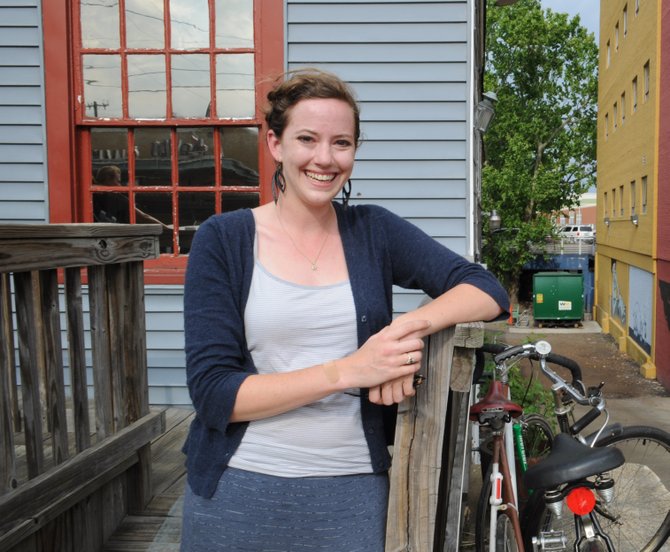 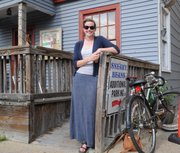 Anne Welch believes Jackson has the potential to be one of the country's great biking cities.

"Jackson as a city is a very bikeable city," she says. "We're a very small city. It's easy to get from Fondren to downtown; from downtown you get to JSU, and you pass Midtown on the way." As a leader in the Jackson Bike Advocates, Welch wants to convince other Jacksonians to see the city the way she sees it.

Welch, 26, got interested bicycling while at Mississippi State University. "In college, I started riding regularly, commuting to class and work by bike, and really just fell in love with biking and bike culture," she says.

So when the Jackson native returned to the capital city after graduation, she found kindred spirits in the Jackson Bike Advocates.

"Our roads are obviously really bad," Welch says. "I was in Atlanta (last week), and I was riding with my friend and we were riding on this road and I hit one or two potholes. He apologized and said, 'I'm sorry, this is one of the worst streets in town.' I said, 'This is like one of the best streets in Jackson.'"

One solution, Welch says, is legislation other cities have passed called the "complete streets" initiative, which says that when planning a project (a new road, renovation, expansion, etc.) planners must consider all users of the road and analyze the need for things like sidewalks or bike lanes--without community member having to call for them.

"The only real way to make a community safer for cyclists is to have more cyclists on the streets. And the only way to get more cyclists is to make our city bike friendly," Welch says. "So you put (complete streets) in place and over time as we rebuild the city we'll end up with a pedestrian and bike-friendly city."

While the group waits on infrastructure to catch up, it is working to educate the community. Over the summer JBA will open its new community bike shop in Midtown.   There, community members can learn to fix bikes and about bike safety. Welch says the shop will offer an "Earn a Bike" program where people volunteer their time, go through the training process, and then can pick out a bike from the shop, fix it up and take it home for free. Even though the shop isn't officially open, yet, JBA has been working with a group of fifth graders from Midtown Partners this spring to teach kids about cycling.

In addition to running the community bike shop, Jackson Bike Advocates works with the cycling community at large to host Allycat races (where participants must race to different spots in town and check them off), and bike polo matches.