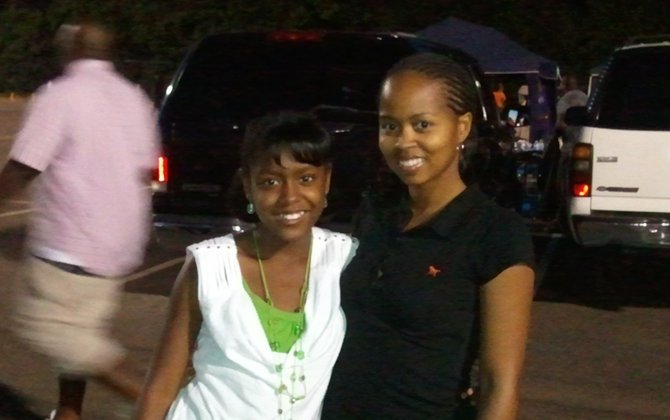 Having a daughter changes your life in a million ways, large and small. Photo by Courtesy Tam Curley

I took child development courses in high school, which led to a child-care certification upon graduating. Even before high school, I volunteered at the local Head Start. I knew I had always adored children, but I didn't know exactly how much. I knew I could influence them in positive ways. I also knew how meaningful it is when a child whose life you've touched grows up and remembers you.

From the very moment my daughter was born, I experienced an indescribable feeling. I remember holding my oldest daughter for the first time, almost 14 years ago. Conception to delivery, it was like no other. The beating of her heart to the flutters from her kicks inside my womb--it was the greatest thing in the world. I wasn't sure whether I was prepared to be responsible for someone other than myself for the next two decades or so, but I knew I had to give it all I had.

Would I be a good mother? Would it be hard? Would I want to do it again? I contemplated those three questions over again. Regardless, weeks before I delivered my firstborn, I packed and repacked the baby's bag for the hospital, stared at the ultrasound over and over again, and became restless, awaiting her arrival.

Motherhood is not the easiest, but it is fun. I get to share stories from my childhood and memories of my baby as she took her first step, said her first words and made her first friend. I get to influence her life. We talk about friends, boys and girl drama at school. She seems to understand most of what I teach her--and she asks questions about what she doesn't understand. As she grew older, she learned a few things that I was unable to teach her. She developed her own interests. She got involved in ballet, gymnastics, acting, dance and band. She will enter the 9th grade next year, and even though I just started over with my newest arrival four months ago, nothing can replace the growing relationship between my oldest daughter and me.

As a new mother, again, I am re-experiencing some of the same joys of motherhood. The first grin and chuckle is my favorite memory so far. And having my oldest daughter around makes it that much better. I see how protective of her little sister she is. She comforts her when she is fussy, and protects her from her "crazy parents." Those are the memories I will always have. As far as my new bundle of joy, I look forward to different memories, activities and mistakes I know I will help correct.

Motherhood has exceeded my expectations, and I am so thankful. I think about getting older and the kind of children I have raised. It makes all the difference when you don't have to worry about growing old, because you know your kids will be there for you just as you were for them.