Williams: Part of the Solution 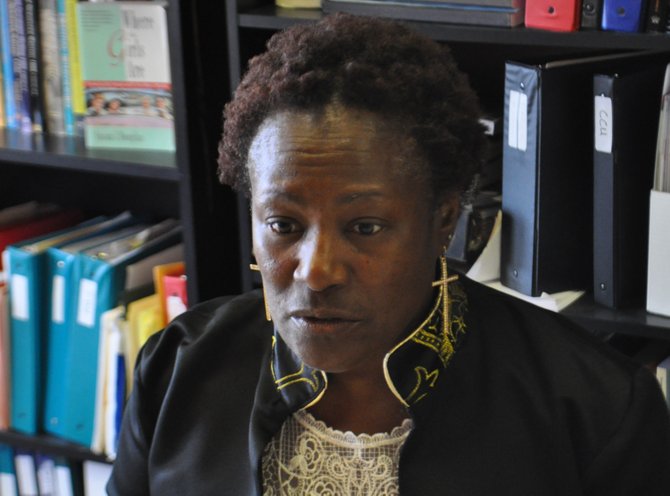 Patricia Williams' candidacy for Ward 3 comes from deep concern. As a life-long resident of the ward, she says it has gone downhill in recent years along with its young people, particularly young men. Photo by Trip Burns

Statement of Organization for a Political Committee

Patricia Williams' candidacy for Ward 3 comes from deep concern. As a life-long resident of the ward, she says it has gone downhill in recent years along with its young people, particularly young men. She's seen many who became fathers at 15 and deadbeat dads with records by the time they're 18.

"They are lost before they start," she said.

Williams, 51, intimately understands what it means to pull oneself out of bad spots. She was a Murrah High School dropout who finished high school with a GED, and a single mother who turned to drugs and alcohol. At 27, though, she began to turn her live around. She got sober and went back to school. In 2001, she received a bachelor's degree in social work from Jackson State University.

These days, Williams drives a cab. She owns her car and is hoping to expand that business as well as build a social-service agency in Ward 3 to teach job and entrepreneurial skills to young people, especially those with criminal records. She believes she can help others turn their lives around and help them become "vital members of the ward and of the city."

Williams ran for the Ward 3 council seat in the special election of 2011. She sat down with the Jackson Free Press to speak about her second run for the seat.

Why are you running, and what qualifies you for the city council?

I'm running because I'm concerned about what's happening in my ward. It's going to the pits. We don't have any major businesses. We're not taking care of small business that are there. It's not good. It's not good.

Any specifics that you're seeing go downhill?

Neighborhoods, abandoned housing, people walking the streets. Of course, you have a lot of crime in the area. To me, there are more people that are represented in the ward than are recorded in the census. A lot of people did not fill out the census forms.

How many people do you think didn't fill out the forms?

I know there was a lot of issues at the time--privacy issues and all that. Were they concerned if they filled out the form that form that something bad would happen?

You know, a lot of people are, I'm going to say uneducated as to why the census is needed. A lot of people, low-income people, are thinking that the government is just trying to get into their business, so they're not filling it out. Then we have a lot of young teen parents, and a lot of young parents that are confused as to why they need to fill this out. They're thinking that there are people living in the house that shouldn't be, so they don't want to report that. There's a lot of reasons--people getting benefits.

So they may be living with the father of their children, for example, and they don't want to risk their benefits?

Right--that kind of thing--living with your parents when you shouldn't be, because you say that you live somewhere else. It's just a lot of that going on around our ward and in the city, period. And I don't think a lot of people think about that, that we're not being represented because our numbers haven't been represented where we are. And we start tearing down our housing. Where are these people going? The people are still there, but the structure isn't coming back, so that means more people ganging up together.

And Ms. Cooper-Stokes isn't doing that?

I'm not going to say what she isn't doing what she is doing, because I don't know the reasons why. I don't know if her hands are tied--if there's a lot of red tape where she can't do anything. ... I do know that I don't want to say, "she's not doing this," or "she's not doing a that." I want to get in and see what I can do. Sitting around pointing fingers is not helping anything, but you know: We've got to do something different.

What do you think qualifies you to sit on the council? What do you bring?

How did you go wayward? What happened?

I'm a recovering drug addict and alcoholic for one. That's like the gamut.

How long have you been sober?

It takes a lot of unlearning. It takes years of stuff that you thought you knew. But then you look around and you realize, "Wait a minute. This is like this because we weren't doing what we're supposed to be doing!"

I wasn't doing what I was supposed to be doing. I didn't know it was my responsibility. I was too busy doing other things.

But now I'm seeing it, and I want to represent, because there's more people like me in that ward than there is ones that are successful at this point. Most of the successful people are moving away, because they don't want to be associated with what's going on over there. They don't want to be associated with the crime. They're trying to have a business. They can't keep a business going when somebody's (trying to break in).

Crime has been a big issue in the city as a whole.

I look around in Ridgeland and Byrum and Brandon--it's not going on like that. The police have respect there. It seems the people here don't have any respect for the police. And as the city council person, I wouldn't run the police department, but I can speak up for the people in my ward to the mayor about what needs to be addressed in that area.

You're running up against a powerful cohort with the Stokeses. Why do you think people continue to trust them if the ward is deteriorating, as you say?

When people trust you, and care for you, it's like an abused child--they never stop loving their parents. They love their parents, but, "Mama ain't treating me right."

For your ward, what do you think is your No. 1 priority?

That's hard because we have so many priorities. It's not easy to say. I hear people say "beautification." That should be No. 1, but I think safety should be the main issue. If you don't feel safe, you're not going to beautify anything.

And you think that part of that is respect for authority--for the police?

Right. We've got to regain respect. When the children walk around--the teenagers walk around and they see you standing around and you're cussing and carrying on, and you say nothing, they're like, "It's just another average day." But then, people are afraid to say anything to them because, you know, "They're not my kids."

But they are our kids. They're all of our kids. It's not one neighborhood or one group of people, it's the whole ward.

Then you look around at other wards and you see that they're doing better. They seem to be more cohesive. We don't have that, and we need that.

Have you ever run for office before?

What do you see as a pathway to see and become more engaged in their own government and their own well-being?

If we're not afraid of each other, we can talk to each other. That's going to be a big issue right there, to bridge that gap, to talk to people. To talk to people that may cause you to be uncomfortable, because of the area that that they live in or because of what you think they represent. A lot of times, people take one look at you and decide, because you have a hat on or pulled down or something, they think automatically that you're a hood. They don't want to fool with you. And these are very intelligent people.

What kinds of things do you think you could do as a councilperson that you couldn't do now?

I think that I would have more of a public image. ... But I don't want to be on a pedestal; I want to come down to where the people are, because that's who I am. I live with the people. I don't want to preach down to people. ... "Hey, I'm right here with you. Let's talk; let's get this going." ...

I hear people talk all the time about starting at the top, but you don't build a house from the top down. It doesn't work that way. If you don't strengthen the structure, there's nothing to work with.