Return of the 'Thrones' 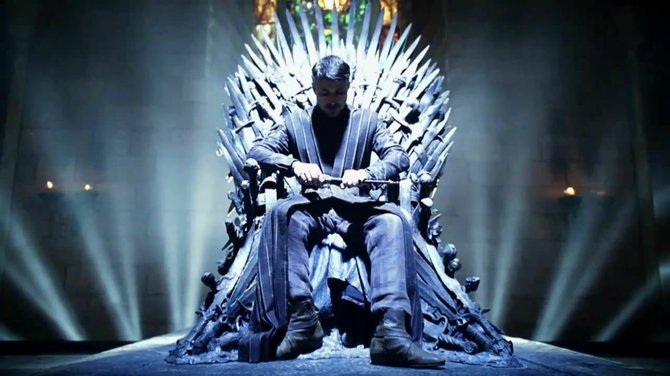 Warning: Major spoilers for the first two seasons, but no serious ones for the upcoming season.

It might not be obvious, but underneath my valley-girl vocal tendencies and classic black stilettos lives a pretty hard-core nerd. I grew up loving fantasy novels and tales of magic and science fiction.

Luckily, these days geek is chic, and none is more popular than ratings darling "Game of Thrones," the HBO television series based on George R. R. Martin's "A Song of Ice and Fire" book series. (My husband and I asked the string trio at our wedding to play the intro music to "Game of Thrones" while our groomsmen and bridesmaids walked down the aisle--I told you my geekery went beyond average). The show's first two seasons were critical and commercial successes, and the third season begins Sunday.

Now, I've read the books through the third installment and--without revealing anything--fans are in for a roller coaster. When we last saw our intrepid Starks, Baratheons, Lannisters and, of course, the Mother of Dragons, they were engaged in various battles for the Iron Throne of Westeros. (Seriously, stop reading now if you don't want spoilers for the first two seasons).

One of the five kings vying for the Iron Throne is dead--Renly Baratheon, whose death his own brother Stannis arranged. King Joffrey (the crazy bastard son of incest between his twin parents) rules from King's Landing, but Stannis, Balon Greyjoy and Robb Stark challenge his right to the throne.

The other Stark children are scattered across Westeros--Sansa in the Lannisters' clutches, Arya in the wild posing as a boy, and Bran and Rickon fleeing Winterfell.

Tyrion Lannister proved himself a capable Hand of the King, with cunning war planning that held King's Landing during Stannis' attack (although his father Tywin rode in to claim credit at the last minute).

When we last saw Daenerys Targaryen, she was across the sea trying to build her own army to take the Iron Throne. And of course, beyond the Wall where Jon Snow toils, mysterious White Walkers are waking.

I'm endlessly excited that the producers decided to have this 10-episode season cover only the first half of the third book, "A Storm of Swords." They managed to fit the first book ("A Game of Thrones") into the first season of the show beautifully, with great pacing while still staying true to the story.

But in the second season, which covered the entirety of "A Clash of Kings," the plot felt rushed at points, and they drastically changed several key scenes or story arcs to fit the book into one season. It was still highly entertaining, but knowing the producers can take their time with the third novel--which is even longer than the first two--gives me hope for more plot nuance and detailed exploration of this world.

The other thing that really intrigues me is the news that "Song of Ice and Fire" author Martin penned one of the episodes, the seventh, titled "The Bear and the Maiden Fair." Those who have read the third book talk amongst yourselves about predictions for this particular episode's plot. It airs May 12.

Personally, my bet is that the season finale will cover That Really Intense Thing That Happens roughly midway through the third book. (Hey, I promised no spoilers!) It's entitled "Mhysa" and airs June 2.

And, as always, winter is coming.

It's not clear by the way you talked about it so if you didn't know : GRRM wrote episode 8 in season 1 and Blackwater last year. He was always supposed to pen one episode each season.

The big event you're referring to will most likely be in episode 9 not in the finale, GoT is following the standard story-telling template of HBO shows : big game-changing events are in the penultimate episode of the season, not the final (Ned in S1, Blackwater in S2).

It’s great that they decided to spread the third novel into two seasons since there are so many jaw-dropping moments coming up! It’ll be interesting whether they show what happens with the “big event” in the penultimate episode or the episode or finale, but either way it’s going to be a jaw-dropping moment for anyone who hasn’t read the books. To get ready for the premiere, I’ve been re-watching the second season on my iPhone as I’ve been heading to work at DISH. I like that I can use DISH Anywhere to watch shows saved on my DVR when I’m away from home.