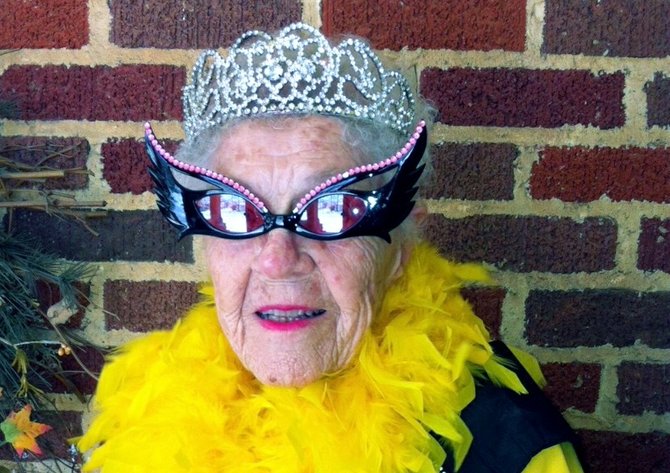 This year's Grand Marshal, Sweet Potato Queen Aunt Faye of Texas, recently celebrated her 100th birthday. In her honor, the parade theme is "we've still got a lotta zip in our doo dah!" Aunt Faye has seen a lot in her century on earth. Here are a few events that took place 100 years ago, in 1913.

Feb. 17 - The first minimum-wage law in US takes effect (Oregon).

Feb. 19 - The first prize inserted into a Cracker Jack box.

May 7 - British House of Commons rejects women's right to vote.

May 29 - Igor Stravinsky's ballet score "The Rite of Spring" premieres in Paris, provoking a riot.

May 30 - The new country of Albania forms.

June 21 - Tiny Broadwick is first woman to parachute from an airplane.

Dec. 21 - The first crossword puzzle (with 32 clues) is printed in the New York World paper.