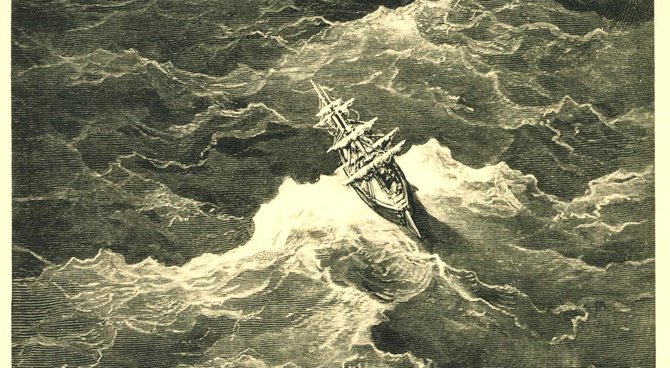 The theme of the parade is a slightly adjusted line from "The Rime of the Ancient Mariner," Samuel Taylor Coleridge's longest poem. It was published in 1798 and tells the story of a mariner who stops at a wedding and begins to narrate his story--a tale of an Albatross, bad seas, meeting Death and the curse Death puts on the mariner.

The famous passage containing the line Malcolm White and company were inspired by comes near the beginning of the poem:

We stuck, nor breath nor motion;

As idle as a painted ship

Upon a painted ocean.

And all the boards did shrink;

Nor any drop to drink.