Pain in the Brain 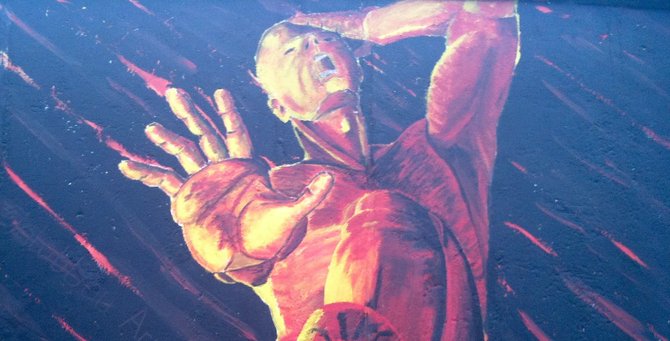 If you suffer from chronic headaches, something in your diet may be the culprit. Photo by Courtesy Flickr/tearsxintherain

In 2005, I began treatment with prescription medication for my headaches. The doctor wasn't sure whether the headaches were migraine or tension-related, but she decided to initially treat me for tension. She said she would conduct a sleep study sometime in the future if the headaches worsened, or if other signs and symptoms accompanied them. I moved from Texas to California in December 2006, so that sleep study never happened. The pain continued.

I participated in a memory study at University of California at Berkeley, which included a MRI, which I assumed would find anything abnormal, if it was there to find. The results showed no red flags to indicate the need for further treatment. Still, the headaches continued.

I went to a nurse practitioner who treated me with drugs, but I insisted on alternative treatment, so she referred me to a neurologist who specialized in migraine and tension headaches. The neurologist suggested I keep a journal of my sleep habits--time I got into bed, time I actually fell asleep, time I woke in the middle of the night, time it took to fall back to sleep, and time I woke in the morning--as well as the foods I ate. We wanted to see if the headaches were related to a habit.

I kept a journal for a few months, but I went back to the general practitioner who referred me to physical therapy. Physical therapy seemed to be the answer, at least temporarily. Apparently, I had a lot of tension that was turning into migraines, and the muscles in my neck and shoulders were the root cause of my brain pain. I was told that specific exercises and ergonomic improvements would help solve some of my headache issues.

I realized the importance of tracking what I ate to determine if my headaches were food-linked, and I recommend you do the same if you have gone through what I have. I don't get headaches near as often as I used to, and I believe that adding certain foods to my diet has decreased my headache episodes. For example, I haven't eaten beef or pork for about six years but recently re-introduced small amounts of red meat into my diet.

So, what's causing your headache? I can't diagnose you, because I am no medical doctor or nutritionist, but I can tell you to start at home by keeping a food, exercise and headache journal. If you can eliminate headaches by eliminating certain foods, then problem solved.

Different foods can act as triggers for different people, but some foods are more likely culprits than others. Here are some foods to take note of when trying to determine if something in your diet causes your headaches:

Food preservatives additives such as the nitrates in hot dogs, ham, sausage, bacon, lunch meats and deli-style meats, pepperoni and other cured or processed meats

Aspartame and other artificial sweeteners