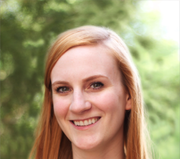 As I sat down to write this column, I really struggled with what to say. I spent the last week wrapped up in thoughts of Texas Sen. Wendy Davis and the Defense of Marriage Act. Dialogue between and about race has also been on my mind, especially after we received some feedback on our last issue focusing on the subject—an anonymous sender informed us that our highly researched and well-cited statistics were "racist propaganda bullsh*t."

I've thought about the media, too, based on conversations with a group of communication studies graduates from Millsaps College about what it means for the news world when CNN and all the major 24-hour news sources ran reruns about muffins and the like while one of the most important and dramatic filibusters in recent years took place in Texas.

At the same time, I've spent a big chunk of the last week preparing for a vacation to Pennsylvania for my brother's wedding and to visit some friends in Philadelphia and New York City. I know it will be a thought-provoking week. I'll have the chance to spend time with folks all the way from conservative religious adults to liberal gay 20-somethings.

But despite all these thoughts swimming around in the fishbowl of my brain, not one specific thought came through. They all just kept swirling, crashing together in new ways and coming up for air again.

While driving back to Jackson from a short trip last weekend, my husband and I listened to a couple of things that kept me thinking about Sen. Davis. The first was an NPR podcast that explored the filibuster in the national Senate. Essentially, the filibuster used to only exist in that Hollywood sense: one person standing for hours, refusing to yield the floor—much like Davis. But now, due to several changes, clarifications and adjustments in the vast Senate rulebook, senators can "filibuster" simply by calling the Senate floor and saying they'd like to. I'm not sure how this rule translates on a state-by-state level, but it made what Sen. Davis did all the more inspirational. She didn't (quite literally) call it in—she did the work.

The second thing we listened to came on the radio shortly after we passed into Alabama. We accidentally found ourselves tuned in to a conservative Christian talk radio station, where the radio host was going on about Davis stopping a bill that would "make it illegal to kill babies." The host's tactics framed the conversation in such a way that closed the door for any real discussion. Obviously, the fight for reproductive rights doesn't come from a desire to "kill babies." Saying so is the equivalent of sticking your fingers in your ears and shouting "I can't hear youuuu!"

Race popped up in my conversations throughout the weekend as well, helped in no small part by Paula Deen's recent unfortunate confession. It's a genuinely debatable topic. Some folks I know take the stand that such slurs are never OK, and her firing is warranted. Others, though, suggest that she is being unfairly punished for being honest about something she did a while ago. Although I certainly have my point of view, neither side of the argument is particularly offensive to me. What I find interesting, though, is the truths about race as a larger subject that inadvertently come up when people talk about Deen's situation.

For example, I got to talking about Deen's predicament with some older born-and-raised southerners, who still use the descriptor "colored." And while they genuinely didn't mean anything offensive by the word, it made me stop every time I heard it. But, even though the word choice was jarring, I made an effort to listen, and I actually heard a story of racial reconciliation, even if on a small scale. It was a story of overcoming the differences in skin tone.

As a heterosexual person in a marriage that is legitimate in all 50 states, as well as every country on earth, what can I say about my joy for my gay and lesbian friends that will even compare to the feelings they could put to words themselves? I can't know what it's like to come out, to feel the weight of society's judgment upon me. I can only feel second-hand the pain of parents that don't understand or of the prejudice of former friends.

Similarly, the electricity I felt scrolling through the tweets marked with #standwithwendy the morning after her filibuster surely can't compare to the accounts and posts and videos and thoughts from those in attendance.

And as a white person from a background of opportunity with a college education and a steady job, how can I contribute to a conversation about racial inequality?

As I started writing out my thoughts, I realized it's not necessarily what I have to say; it's the conversation itself that matters. Although my specific views may not be unique or groundbreaking, they are still a valid part of the conversation. I do add something to the discussion.  Every voice should matter (yes, even those that don't take my side, although I certainly wish they could be a bit more polite about it).

As I pack for my trip, these thoughts still swirl. I wonder who I'll talk to in the next week about these issues and others. The topics can be difficult and awkward, but opening the channels of discussion is vital. It's what we were getting at with our GOOD Ideas issue (although our dear unnamed mail responder seemed to miss that point).

It's about talking, sure, but it's about listening, too. After all, Wendy Davis stood and talked for 11 hours, but I believe it was tied to a hope that someone in that room or someone tuning in would take their fingers out of their ears and actually listen.

So I'm speaking my mind. I'm standing with Wendy. I'm marching for pride. But I'm also listening. Even when I want to brush it off. Even when I disagree. Even when I vehemently disagree. The conversation is the only way we'll ever get anywhere.