Johnson: Barns, Zen and the Tax Base 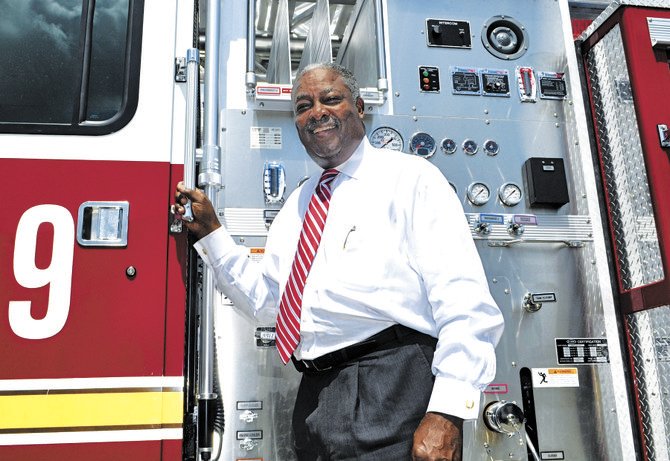 A couple of weeks before the end of Mayor Harvey Johnson Jr.'s third term in office, we sat together for about 45 minutes talking about his accomplishments, the campaign, what the future holds for him and the challenges facing the city of Jackson. It was no surprise that Johnson sees the Jackson Convention Center Complex as the greatest achievement of his 12 years as mayor. It was part of his plan to make Jackson a destination city.

"The Convention Center is something that I'm very proud of because of the way that it came about," he said. "It's something I envisioned for many years; it took a number of years to make it happen. ... My vision was to put it downtown."

A few days after our interview, Johnson and then-Mayor-elect Chokwe Lumumba announced jointly that the city had signed a deal to build a convention-center hotel. That big hole in the center of downtown will finally get the much-needed hotel to complete the Johnson vision.

Johnson spoke realistically about the election. He's disappointed in the outcome, but another term "wasn't in the cards." With typical dry humor, he answered my question about whether he could have done anything differently with a nearly straight-faced one-liner: "Yeah. I could have won."

The mayor was vague about what the future holds for him—beyond a vacation—but he admits not being built for taking time off. "Maybe I'll make 30 days," he said. "I don't know." He mentioned the possibility of writing a book about his time in office.

Before I turned on my recorder, we talked about his horses. Johnson has five, including a 2-year-old filly that's ready to start her training.

As I left his office, he brought up the difference between building a city and building a barn where, every day, Johnson could see the progress of raw lumber turning into a viable shelter for his horses—the walls going up, then the roof. It's not like development in Jackson, he said, where projects can take a long time. So long, it's easy to forget that progress is being made at all.

"Zen and the art of barn building," he said softly.

Looking back now over the 12 years that you've served, are there lost opportunities?

Give me an example of that.

A baseball stadium downtown would have to compete with the convention center. We couldn't come up with the $65 million dollars for the convention center and another $25 million for a baseball stadium. So you have to have a choice, and I think I made the right choice. If we'd had the resources to do all of it, well. ... Another example is an arena downtown—$117 million. Well, you know, there's an opportunity there to develop that, but do we have the resources to do it? I don't think so. Now, the domed stadium (planned by Jackson State University) may be the answer to all of this. So, it becomes a matter sometimes of resources. I'm not sure the opportunity is lost, but if you had more resources, you certainly could create more opportunities, I think, particularly for development in the city.

How do you see resources play into Lumumba's challenges?

It's not sexy stuff, is it?

No. It's not sexy. It's stuff that doesn't get a lot of play. When we've spent, what $20, $30 million dollars putting a 54-inch water line from O.B. Curtis down to Fewell? I mean, who knows about it? Who really cares about it—until we have major water-line breaks and your water is off?

But what's missing in the whole narrative here in Jackson is the extent that poverty impacts our abilities. Our percentage of poverty in the city of Jackson is higher than it is in the state of Mississippi. It's about 30 percent.

That plays into other issues, am I correct?

Housing—it plays into education. It plays into a lot of stuff. I mean, when it comes to children, the poverty rate is even higher. It's like 34 or 35 percent. People don't talk about that enough, and that's why I really came up with this Jobs for Jacksonians program, to try to focus on putting people to work, addressing the issue of poverty in a way that would be sustaining. I mean, we can talk about social programs and all that, but to put people to work is how you address poverty.

I say all that to say that when dealing with the issues of infrastructure, improvement and development, you've got to also be mindful of the fact that a third of your population is poor. That's a tough hill to climb. Realistically, how much can you burden the ratepayers, the taxpayers in the city of Jackson?

At the same time, we are burdened by tax-exempt property here in the city, to the extent that no one else is, certainly in the metro area, and I would dare say in the state.

Government, churches, yeah, nonprofits. In a suburban community ... that's better off than the inner city or the central city, 5 percent of the property is tax exempt. I'm just using that as an example. That's the post office and churches and city hall. In Jackson, that number is around 30 percent. So you can see the disparity. You've got a community whose taxpayers can afford taxes, but ... (they collect taxes) on 95 percent of their property. Then you've got a community with a high poverty rate but also a high rate of tax-exempt property, which puts more burden on those poor people. It's crazy.

That would be payment in lieu of taxes?

Right. That's what it's typically called.

Have you made attempts to make that happen?

Yeah, we've talked about it with the Legislature. It hasn't gone anywhere. We were receiving $200,000 as a fire fee from the University of Mississippi Medical Center on an annual basis, but they stopped that last year. It started when I was in office before, and it stopped. Then, when I came back in, we had it for two or three years, then it stopped again. But that's a handshake deal, that's not any legislation or any requirement. Hattiesburg, Starkville, Oxford, all the cities with state schools within their borders (get payments in lieu of taxes), and we have two—Jackson State and UMMC.

I know that the whole issue of tax base has been an issue for decades.

It's not uncommon to see the central city, the tax base of the central city, being impacted by increases in opportunities in the suburban areas. That happens all over. People don't want to hear it, but it's driven by transportation. So it may seem like a great idea to six-lane Lakeland Drive, trying to get to and from Rankin County. You've got Dogwood Festival and different developments popping up, residential development along Highway 25, all driven by transportation. We have a tax base that's dwindling, but the overall metropolitan area is increasing 2 or 3 percent, something like that. It's not increasing a lot because it's just moving people around, moving businesses around in the metropolitan area.

Mr. Lumumba didn't get much support from the business community during the campaign. Do you think it will be harder for him than it was for you to further economic development?

I don't know. My crystal ball isn't that clear. What I do know is that the city of Jackson is capital of Mississippi, and this whole notion that people are just going to pick up and leave is not realistic. We have a lot of things going for us in the city of Jackson, good things, a lot of assets—assets for the business community. They've taken note of that; they know that. I think that there's going to be a way for all of the interests here in the city of Jackson to work together. Finding it may be a challenge, but I'm sure there's a way for it to happen.

Certainly, the whole issue of race has come up strongly.

Well, yeah. I guess "come up" may be a way of looking at it. I'm not sure it was ever buried that deeply. And I'm speaking from the perspective of being the first African American mayor of Jackson. To say that it's come up just because of this ...

I posed that badly, but I think you know what I'm talking about. Where ever that spotlight was before, if it was diffused, it got very pin-pointed as far as racial differences in the city.

It may create an opportunity for us to come to grips with that issue. When you start asking yourself questions like, "Why is it that there's never a Republican primary?" and what does that mean? Why is it that the Republican candidate from Ward 1 never has a challenger? How does that happen? And how do you get 95 percent of a segment of the city voting for one candidate, and that's OK, but when 80 percent of another segment of the city vote for one candidate, it's racial?

This is going to require some deep discussion and soul searching on the part of the city of Jackson. Perhaps we'll get some of the things that were not so transparent previously when it comes to race relations, maybe now they're going to have to be dealt with.

I think that would be a good thing, personally.