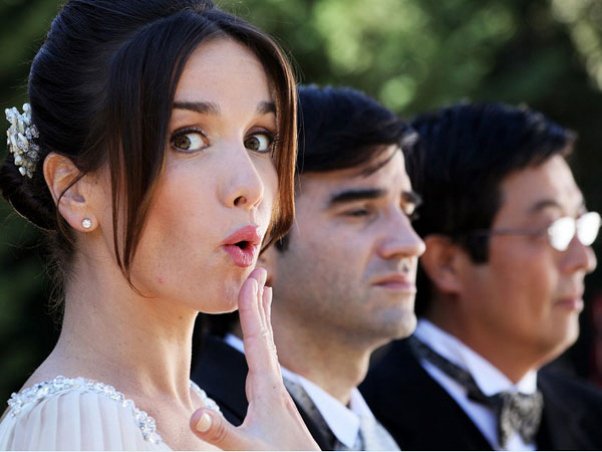 For the 11th year, Jewish Cinema Mississippi presents the best films of the year to explore Jewish culture. Out of 60 films screened, the selection committee chose four to bring to Madison's Malco Grandview.

"The film selection process was the most competitive year in the history of the festival," stated Dr. James Bowley, co-chairman of this year's festival, in a press release. "These are extraordinarily well-crafted films that have yet to be released commercially in the US or any other market." Beth Israel Congregation and the Jewish Culture Organization at Millsaps College cosponsor.

"My First Wedding," a 2011 comedy from Argentina. Directed by Ariel Winograd, this film follows Jewish-born Adrian's disastrous attempts to delay his wedding to Catholic-born Leonora after misplacing his and his bride-to-be's wedding rings. The opening film is shown in memory of Suzanne Goodwin, who passed away unexpectedly in 2012. Godwin was a member of the festival planning committee last year.

"A Bottle in the Gaza Sea," which delves into the Israeli/Palestinian conflict through the lens of precarious friendship between a teenage girl in Israel and a boy  in Palestine.

"Hava Nagila." Including interviews with Harry Belafonte, Leonard Nimoy, Connie Francis, Glen Campbell, Regina Spektor and others, the documentary explores the meaning of the Jewish standard and the history of the ubiquitous song "Hava Nagila."

"Remembrance," showing on the day designated by the United Nations as International Holocaust Remembrance Day. The film explores a love that spans decades, distance and loss.

"Beth Israel is proud to show the film "Remembrance" on this special day of observance, the day that we honor the memory of millions of Jews and gentiles who were massacred during the Holocaust. We use this day to reassert our commitment to human rights and religious and ethnic tolerance and appeal to our leaders to develop Holocaust history education programs to help prevent future acts of genocide," stated Rabbi Valerie Cohen, Beth Israel Congregation's religious leader, in a press release.

The Jewish Cinema Mississippi film festival is Jan. 23-24 and 26-27 at the Malco Grandview (221 Grandview Blvd., Madison, 601-607-7676). For more information or to purchase festival tickets, visit  JewishCinemaMS.com.

Tickets purchased on the web site through Jan. 18 are discounted to $35, $15 students, and increase $5 after the 18th. Full price tickets and festival passes can be purchased at the door each night of the festival. All films except "Hava Nagila" are $10, $5 students. Tickets for "Hava Nagila" and the Klezmer concert are $15, $10 students.