Band of the Day: Sun Ballet 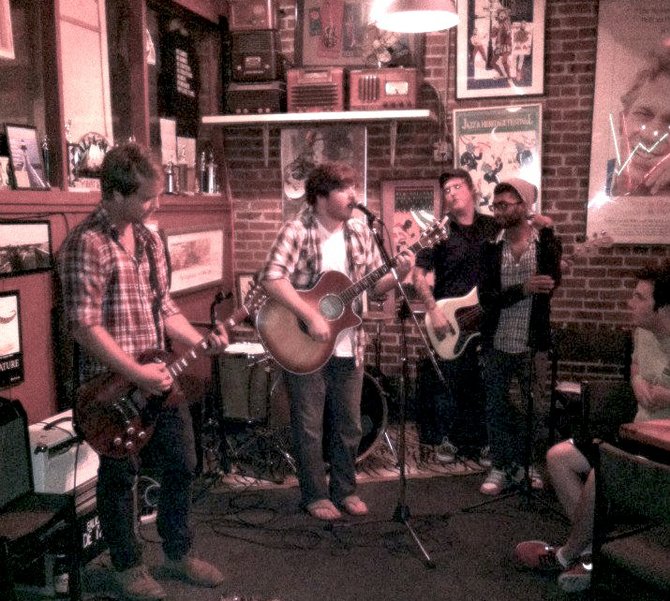 Sun Ballet kicks off what the band hopes is its biggest year yet with its first performance of 2013 at Hal & Mal's Saturday. Photo by Courtesy Sun Ballet

Sun Ballet kicks off what the band hopes is its biggest year yet with its first performance of 2013 at Hal & Mal's Saturday.

Smith began Sun Ballet in 2010 as he got more involved in songwriting and teaching himself the ins and outs of music, including reading sheet music and playing guitar--in addition to singing, he plays acoustic and electric guitars in performances. Although he says the band falls into the indie-rock category, Sun Ballet's sound is not like much else in the genre. A lot of the melodies are pop-related, Smith says, although the end result isn't pop music.

Lyricism is essential to Sun Ballet. "Really we want to make music that centralizes emotion and captures the visceral feel of the lyrics," Smith says. "For me, lyrics are central to our music, and that's not always the case (with other bands). We write music that meets the lyrics halfway, elevates them."

The group has been working on new material and writing new songs that it will debut this weekend. Sun Ballet is especially looking forward to debuting a song called "Vultures."

"It's really different than anything we've done before," Smith says of the song. "It's heavier. The lyrics really take precedence, but the music backs them up, and when it comes full force it's really explosive, really interesting."

This year, Sun Ballet plans to heighten its presence in Jackson with more live performances. The band will also be recording a second EP sometime in the spring, and hopes to go on mini tours through Mississippi, Louisiana, Tennessee and other states in the South.

"The big thing for us is to make music that is appealing musically and lyrically," Smith says. "We want people to show their friends and be proud that it comes from where they are from. We really want to be a band that represents Mississippi and that people from here are proud of. I don't know that we're there, yet, but that's where we want to be."