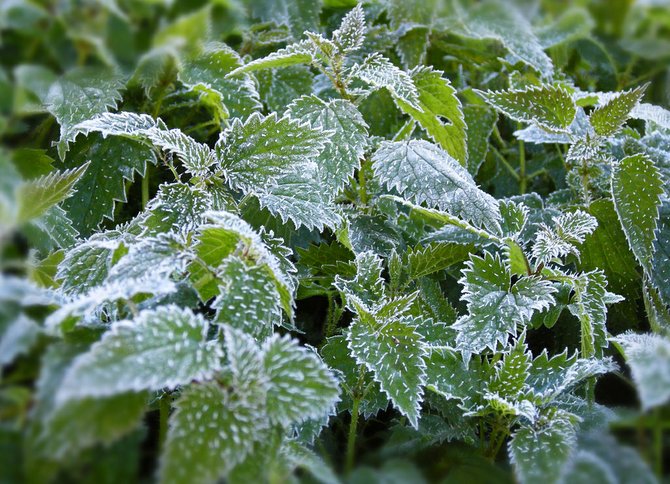 Don’t risk a cold snap ruining your crops by planting too early. Photo by Courtesy Flickr/PermaCultured

Just about every day, I hear of someone who just couldn't wait until planting time to start digging in the ground and planting a crop for summer. Let me state unequivocally: We may be in the South, but it's still too early to plant!

If the soil is too cold, seeds won't germinate properly resulting in sickly plants, disease and insect damage. It's not enough to simply plant past the last frost; plants need a good start. That's why even if the temperature turns prematurely warm, as happened last winter, planting now is risky. Even with "tricks," such as using frost cover (sheets of Agribon or old blankets over seedbeds or early seedlings when it's frosty) and passive solar heating (plastic jugs painted black and containing water to heat up in the day and retain the heat during the cold nights), a sharp cold snap can knock back or mortally wound your crop.

That's why you should be careful in playing the odds of "last frost," to minimize potential damage.

For a lot of Mississippi gardeners, planting time is around the first week in May. But there's a caveat to this, too. For organic gardeners, it pays to plant as early as possible to get a jump on the insects. Waiting until May could be inviting insect damage.

So, the best time to plant for organic growers (who don't use insecticides) is sometime between last frost and before the insects go full bore. Traditionally, here in central Mississippi folks used to plant seeds on Good Friday, which this year is March 29. To be cautious, I've always planted a week after Easter, as we sometimes have a frost the week after Easter--this year observed March 31. That's kind of late.

As you can see from this frost chart for Mississippi (jfp.ms/frostchart), the probability of an early spring freezing temperature (32 degrees Farenheit) for Jackson is:

For Feb. 27, there's a 50 percent change of a temperature of 28 degrees, according to the chart. Naturally, those numbers change the farther north or south from Jackson in the central part of the state you are, as shown by the chart.

For all states, see: jfp.ms/freeze.

Wondering Why Your Seeds Won't Germinate?

In order to sprout, seeds require a minimum temperature. Even if we put them in little cups in the windowsill, they may still fail to sprout if there's cold air seeping in. Some require 85 degrees to sprout. Here's a chart: heirloomseeds.com/germination.html

Some people buy or build seed-heating tables or mats with hot-water circulation. You can do it yourself using plywood and lightbulbs. Here's a DIY project from Mother Earth News: jfp.ms/seedincubator

Whatever you do, don't use heating pads or electric blankets, as you will be watering your seeds and can cause a potentially hazardous electric shock.

Planting by the Moon and Stars

In the old days, gardeners would plant by "the signs"—the moon and stars.

These days, the best guide is by the late Maria Thun, who died last year. Now in its 51st year, her "North American Biodynamic Sowing and Planting Calendar 2012" (Floris Books, $13.95) is available from Steiner Books  (steinerbooks.org).

Thun's guide is detailed and considered something of a bible for natural growing by biodynamic farmers (those who follow the natural rhythms and Earth-based soil amendment methods of Rudolf Steiner, who founded the methods). It shows the optimum days for sowing, pruning and harvesting various crops, as well as working with bees. 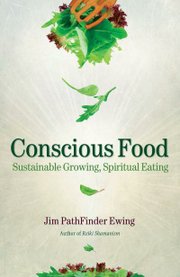 To learn more about food, farming and sustainable living, check out the Spring Sustainable Living Conference, "Setting the Table," and Food Summit, in Oxford, March 1-3. Featured speaker is Mary Berry, daughter of author and philosopher Wendell Berry, and executive director of the Berry Center. For more, see: ggsim.org I'll be speaking about my book, "Conscious Food: Sustainable Growing, Spiritual Eating," at noon Thursday, Feb. 28, at Eudora Welty Library in Jackson. Come join me, it's free. I'll be signing copies of my book Friday, March 1, at Square Books in Oxford.

Want to Get a Jump on Weather? Use a Cold Frame

Simply stated, a cold frame is a box similar to a 4-foot by 8-foot "Jim's plot" but has a removable, clear glass or plastic top. Consider it a mini-greenhouse.

Cold frames can be simple DIY projects, such as planting between a few square bales of hay and recycling old windows or shower doors as the removable tops. You can also purchase pre-made kits from local garden stores or online. You can build a cold frame anywhere; make sure it has southern sun exposure, and vent the top during the day. At night, keep the cold frames closed, and they'll retain heat.