The Truth About Today’s Youth 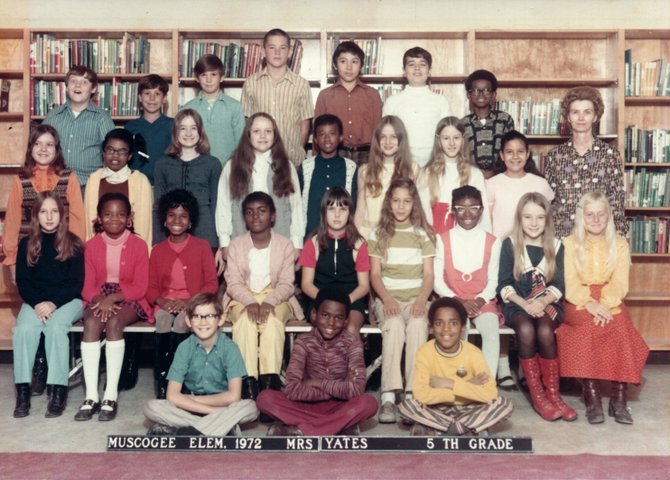 Rates of robbery and serious property offenses are at the lowest in more than 40 years among black youth; rape and murder rates are the lowest since the rates were first calculated in the 1960s.

Mississippi has become a leader in juvenile-justice policies in the last decade.

Today's generation of young people may be the safest, smartest and most resilient we've ever experienced. Yes, including here in Jackson and Mississippi.

It has long been true that young people—including those who grow up in challenged communities—are not the monsters many adults assume they are. A huge problem that child experts warn about is media perpetuation of myths about children. Violence sells. So do dramatic, hand-wringing stories about children getting in trouble.

That media coverage doesn't help, however. Neither do myths about our younger generations, their schools (know that schools have long been safer than homes for children?) and their neighborhoods. And even the most needy communities and families need less hype—which actually increases hopelessness and crime—and more opportunities to improve their own conditions.

If we can separate fact from fiction, and stop silly blame games, we are much likely to support families in ways that help them and the community as a whole.

Tamping down the hype about teen violence is a good place to start (as is learning the difference between a car break-in and an actual act of violence). Ask many Mississippians (or Americans, for that matter) for the biggest problem facing the state (or nation), and many will say youth violence. And when they say that, many of them mean violence by young non-whites.

Obscured under all those layers of fear is good news that you may not have heard. Politico.com, and then the Atlanta Black Star, reported in November that, despite the media-driven beliefs about kids of color, violent crime is actually down among African American youth in the United States.

Here's what a lot of media aren't telling you: "The latest figures from the FBI, Bureau of Justice Statistics and public health agencies show that among black youth, rates of robbery and serious property offenses are the lowest in more than 40 years. Rates of murder and rape are now lower than when nationwide crime statistics first appeared in 1965—and those were far less thorough than today's," the Atlanta Black Star reported, citing Politico.com and FBI reports.

We also learn that violent and other criminal victimization of young blacks has fallen to record lows. So have drug abuse, unplanned pregnancy and school dropouts—a surprise to many.

Still, "[d]espite the sharp decrease in crime in America, and other industrialized countries, the mainstream media continues to propagate an image that black males are a growing threat to the safety of the general public," the paper reports.

The tough reality, still, is that African Americans are still "over-represented" in many crimes—meaning a larger percentage commit some crimes than whites. Many of those are young black men who are growing up in impoverished, crime-riddled neighborhoods that have been neglected by the larger community (and, usually, were abandoned by whites who resisted fully integrated neighborhoods).

The response from the larger community is usually overly simplistic: Blame the parents. The problem with that response is that the historic breakup of families of color—dating back to slavery times and then through Jim Crow, the drug war and over-incarceration of black men and then women—means that many of the young people committing the crimes don't have strong families present for them.

Often, at least one parent is in prison for a drug crime, or had such deep emotional wounds from cycles of poverty and violence that good parenting seems beyond their reach. This happens with people of all ethnicities, of course. But the peculiar and devastating psychology of impoverished neighborhoods—and being continually distrusted and castigated by a majority culture that created the conditions in the first place and then won't commit the resources to repair them—combine to create very volatile conditions for young people growing up there. And through no fault of their own.

The cycle, of course, isn't helped by the eventual flight of young people who excel despite the conditions, leaving fewer successful role models in the community, not to mention less tax base.

This is a vicious cycle by definition, but it is not one any of us should be content to allow to continue. This GOOD Ideas issue is dedicated to what each of us can, and should do, to help reverse these trends that ultimately hurt us all by sowing distrust and fear, not to mention actual crime committed by young victims of our neglect of the larger beloved community.

The ideas in this issue are just a start, and you may disagree with some of them. But the point is to be motivated to think about these issues from a much deeper and more spiritual place than a surface fear of young people. Put simply, we cannot shoot ourselves out of the box our historic wrongs and neglect have built for us all, but we can choose a corner and start hammering away with proven solutions.

That is what this issue is dedicated to: solutions. But, first, let's figure out why both the problems (and the perceptions) exist, then turn the page and get to work.

• Murder and violent crimes are very rare among African Americans—less than 2/10 of 1 percent.

• Since the early 1990s, homicide deaths and arrests have fallen 70 percent among young blacks.