Mentoring: A Friend for Life 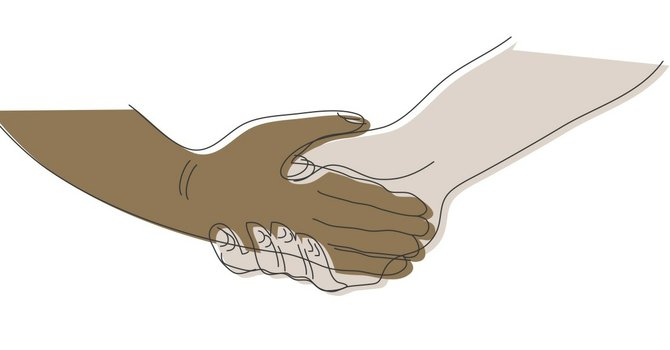 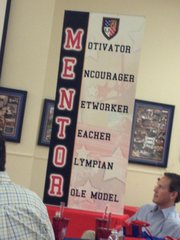 Jackson Prep has a structured mentorship program that pairs a mentor with a 10th-grader in a three-year relationship that includes breakfasts at the school together and training meetings.

The word "mentor" is incredibly common these days—a good sign that more and more people understand the need to help young people, especially those unfortunate enough not to have a strong family support bases. But making a real difference in young people's lives isn't as simple as calling yourself a mentor, sending them motivational quotes or having coffee now and then (although those things certainly don't hurt).

And it's certainly not about lecturing—whether about studying, abstaining from sex or choosing the right way to worship.

But mentoring is not without pitfalls, especially for children from the most challenging low-income backgrounds, and kids with behavioral issues can have the hardest time finding an adult to help them.

Then there's the longevity issue. Short-term mentorships are the most common type—an adult mentors a young person for a few months or maybe a year. Short-term mentorships, however, are not long enough to make a real difference in the lives of young people, especially those from high-risk backgrounds. And they can actually cause harm when the child experiences another adult not staying in their lives for very long.

Jean B. Grossman of Public-Private Ventures of Philadelphia, Pa., and Jean B. Rhodes of the University of Illinois at Urbana/Champaign studied 1,138 young, urban adolescents who had applied to the Big Brothers Big Sisters program. The study (jfp.ms/mentor_study) found the greatest mentoring benefit was to young people in relationships of a year or longer. Those in very short-term mentoring relationships actually "functioned" (to use the language of the study) worse than before. The terminated relationships were often with teenagers experiencing difficult circumstances.

The lesson is that mentoring is a serious commitment with a good outcome likely if both sides stick to it: "Mentor relationships that take hold, on the other hand, are likely to grow progressively more effective with time. Researchers generally agree that mentors promote positive developmental outcomes through role modeling and the provision of emotional support and positive feedback."

None of this means, however, that any of us should give up on short-term mentoring relationships we're in—but it does indicate that the Jackson community should look toward ways to create and sustain long-term mentoring programs that allow a young person to have a consistent adult in their lives, whether or not it's a parent.

The Grossman-Rhodes study found evidence that mentors can also have a positive effect on the people close to the mentee, including their parents: "By helping adolescents cope with everyday stressors, providing a model for effective conflict resolution, and indirectly reducing parental stress, mentor relationships are thought to have the capacity to facilitate improvements in parent - child interactions."

Model Mentoring: Friends of the Children

Friends of the Children (friendsofchildren.org) is a long-term mentoring program founded in Portland, Ore., by entrepreneur Duncan Campbell. His idea was to make a real difference in the lives of children who need it most: those from high-poverty areas with unstable support bases who are likely to act out and get in trouble. The program succeeds with many kids because it pairs each of them with an adult for at least three years. The adults, who are paid to be mentors, must spend at least four hours a week with the mentees every week including summertime. Each child is mentored for a full 12 years, typically starting in kindergarten and ending with graduation.

As a result, the program reports remarkable success, such as with a boy The New York Times described in 2011 (see jfp.ms/mentorNYT). Samuel, a Harlem resident who never knew his father, went from being a troublemaker to an emotionally intelligent child with wide experiences, including museums, rock climbing, kayaking and tennis. He even became a role model for other children.

The group's philosophy is to insert good support in each child's life as early as possible—and before they reach the stage when they might get in serious trouble. "With someone to look up to, count on, talk to, help them with school work, comfort them, and align them with goals for the future, with someone who will be there for the long haul, these children will thrive. What they need is a Friend," its website states.

You may think that mentoring is only about one person helping another—and often someone younger. But mentoring can work a variety of ways, including:

• Group Mentoring: One adult works with a group of kids at one time, often collaborating on a specific activity or project.

• Team Mentoring: More than one adult works with several children at a time.

• Family Mentoring: An adult works with an entire family, often over a period of time, to help them develop skills to cope with challenges.

• Structured activities for mentors and youth

• Frequent contact: kids need stability, and a mentor can provide it

• Monitoring the implementation of the program