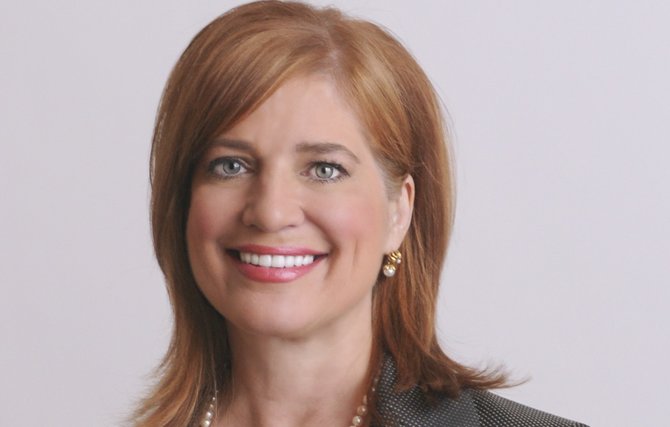 Mississippi is making a concerted push to capture some of the enormous money in the health-care industry. That push, however, doesn't include what experts deem two of the most vital aspects of creating a health-care economy: healthy, well-educated citizens.

On Aug. 15, more than 700 people gathered at the Jackson Convention Complex, eager to understand how health care can be a driver for creating jobs and boosting local revenues in Mississippi.

That law, which the state Legislature passed in 2012, provides incentives for health-care and related businesses, including laboratories, pharmaceutical companies, and support services such as laundries and suppliers. The businesses must invest a minimum of $10 million within a 5-mile radius of acute-care hospitals and employ 25 or more full-time people. Incentives include a 10-year accelerated depreciation deduction from their income taxes, and sales-tax exemptions for equipment and materials from the certification date until three months after the business opens.

"Why not use this great thing we call health care, that God has given us through our wonderful physicians and health-care providers, and extend it to a growing economy," Bryant said of his inspiration to create health-care zones in Mississippi.

Just in time for the summit, the governor announced that a dozen communities—from Bay St. Louis on the Gulf Coast to Holly Springs in north Mississippi's Marshall County—achieved certification. The designation allows towns that don't meet the minimum 375-bed-facility requirement in the original act to take advantage of incentives to lure health-care businesses their way. They can, for example, include building a hospital by July 1, 2017, in their plans.

Bryant called his push to promote health care as an economic driver for Mississippi a "roadmap into the future," and asked attendees to set aside disagreements and "come together on what we agree on and move forward on them."

"Let us not have perfection become the enemy of the good," Bryant added.

He also lauded the Mississippi Home Corp., which is raising funds to build affordable workforce housing in health-care zones. Developers of such housing will also receive special tax incentives.

"Today is not all about what the government can do for us," Bryant said. "If we keep standing by and waiting for the government to solve all our problems, then we truly will fail."

The governor's statement, though, is at odds with what and who will push the expected economic boom: government action and the governor himself.

The legislation and resulting activity in the state spring from the Mississippi Economic Council's long-term plans, called "Blueprint Mississippi." The MEC, the state's chamber of commerce, released the health-care-study portion of the plan last October. It commissioned New York City-based Newmark Grubb Knight Frank to conduct the study at a cost of $340,000, funded by the Mississippi Partnership for Economic Development. "Blueprint Mississippi Health Care: An Economic Driver" analyzed where the state stands and outlined the steps to create a vibrant health-care economy.

Two major driving forces for the plan's success—healthy citizens and a highly skilled workforce—received scant attention from the speakers during the summit.

"When businesses are making investment decisions, the health of the workforce is a factor," the report states. "(Mississippi's) population must be healthier and have better access to care in order to be competitive in capturing private-sector investment."

During his presentation at the summit, Bob Hess, NGKF executive managing director, played up the state's positives, including Mississippi's pro-business environment. He skimmed over the fact that the state's lack of STEM (science, technology, engineering and math) talent and its lack of investment in targeted educational programs continue to impede Mississippi's ability to attract health-industry players.

Richard Wainerdi, former president of the Texas Medical Center, the largest medical center in the world, spoke about the center's Community College of Health Careers, where students get employment offers before they finish classes—and sometimes before they start.

"It's ironic that in June, the Legislature voted to reject the federal dollars that would have provided 300,000 working Mississippians with access to affordable health care insurance," she said. "That's a conflict, and it's the wrong thing."

Moran cited an Institutions of Higher Learning study that said the state would see 9,000 new jobs as a result of expanding Medicaid under the Affordable Care Act, aka "Obamacare," in addition to providing health insurance to more than 300,000 working families. The IHL jobs figure is more than the projected 7,000 new jobs in health-care zones that Bryant announced Wednesday.

A single mother with a special-needs child, Moran has direct experience navigating the state's Medicaid system. She has also worked to recruit businesses with the Mississippi Development Authority and other economic organizations. Ocean Springs is well suited to take advantage of the new health-care zones, but Moran has serious concerns.

Moran indicated that Mississippi must solve the problem of health-care access to realize Bryant's vision of turning the state into a health-care Mecca. The state's residents routinely rank at the bottom of health studies, which dissuades companies considering the magnolia state for business expansion.

"It's a prime factor," Moran said. "They're looking for an available, trained, healthy workforce, because those things translate into high productivity. That affects their bottom line."

Moran said that Singing River Health System, Jackson County's second-largest employer, has laid off 200 people in the past two years. With the loss of federal payments to cover those without health insurance, Singing River will have to shrink its staff even further, attempting to do more with less.

"It's all about putting party politics over the people," Moran said of Bryant's refusal to expand Medicaid. "It's the wrong decision. ... A healthier population is going to make Mississippi a much more attractive for other businesses, no matter what their business sector is."

CORRECTION: An earlier version of this story identified the Mississippi Economic Council as a state agency. It is a private, 501c6 non-profit. The Jackson Free Press apologizes for the error.