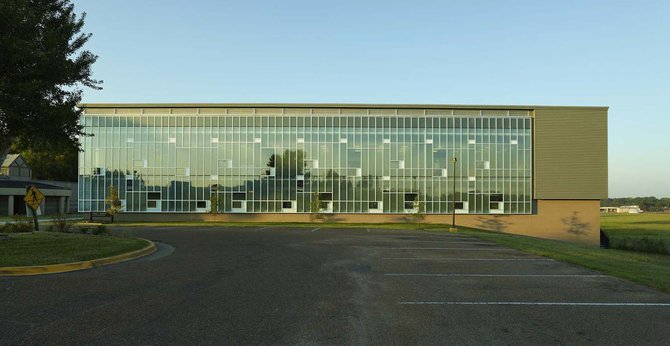 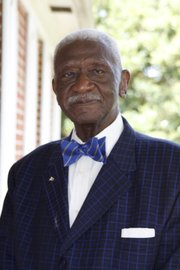 A locally designed building on the campus of Hinds Community College has received a national award for excellence from the American Institute of Architecture.

"I've never seen an architect get so much character out of a rectangle," Hinds President Dr. Clyde Muse said about the building in a release.

The building is named for a former member of the Hinds Community College Board of Trustees, Jobie Martin, who died in 2011 at age 91. Martin had a long and distinguished career as a television and radio personality. He began serving as a Hinds trustee in 1989.

Duvall Decker began planning for the building in 2007, and they completed it last spring.

"Design takes a long time," said Anne Marie Decker, one of the lead architects for the project, and president of the AIA's Mississippi chapter. Her husband and business partner, Roy Decker, and project architect Brett Cupples completed the trio of project leaders. The firm sees every undertaking as a company project, though, and many more individuals at Duvall Decker contributed to the building's completion.

Decker said the building had to be a workhorse for the fast-growing campus, but that didn't preclude the new space from being warm and inviting. The designers created hallways that double as lounge and study areas, for example, and the classrooms overlook the airport.

"They've been sort of making do for years," Decker said of the Hinds campus, and while the building's design fits in nicely with the other buildings, "it gives the campus some identity."

Best of all, Decker said, it's probably the most energy-efficient classroom building in the state. The classrooms face north, enabling them to take advantage of natural light, and many more energy-saving features are built in. The award raises the whole importance of the campus, she added, and the firm is proud to be part of its growth.

The AIA Committee on Architecture for Education recognized the building with the award, which honors educational facilities that serve as an example of a superb place in which to learn while demonstrating excellence in architectural design.

Jurors called it a "simple and honest building with strong forms and an elegant facade." They added: "The rigorous use of materials, straightforward detailing and clarity of concept elevates the modest program to a new level. The jury admired the light airy classrooms that combined the translucent, transparent, fixed and operable glazing."

The jury is a panel of prominent professionals specializing in educational facility design. The Hinds CC building was one of seven projects chosen from 80 nationwide submissions. The panel noted that all of the winning projects "exemplify innovation through the client's educational goals through responsive and responsible programming, planning and design. Function and surrounding regional and community context are valued as part of the planning and design process. In addition, connection to the site, surrounding campus, community and environment are evident in the design solutions."

Duvall Decker will receive its 2013 CAE Award at a special reception during the AIA National Convention June 20 in Denver.