Watson vs. Sherlock: The ‘Last Case’ at Black Rose 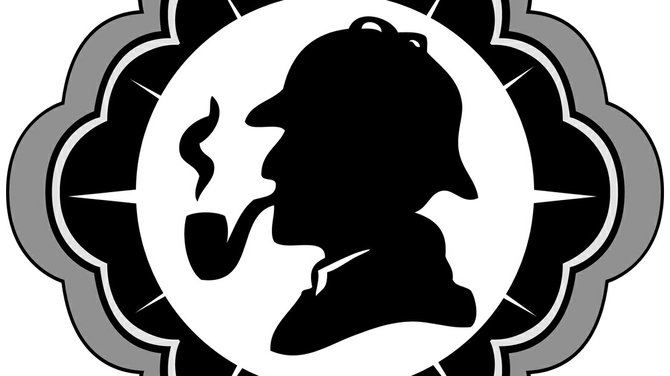 Tucked away in the midst of warehouses and mixed-purpose structures on Black Street in downtown Brandon, the unassuming, one-story building numbered 103 has a curious history. Rumored to have been a segregated movie house in the 1950s, and later a battery warehouse, the building now houses Black Rose Theatre Company, a non-profit community playhouse that seats an audience of less than 100 people.

Keeping with the literary theme, next on the roster is a play based on Sir Arthur Conan Doyle's enduring detective stories. "Sherlock's Last Case" by Charles Marowitz is a two-act play that puts a new spin on the relationship between Holmes and his ever-present partner-in-crime-solving, Dr. Watson.

"The play is a slightly dark parody of the life of Holmes and Watson," Director Michael Gibbs explains with a bemused smile. "It's different than the usual game-is-afoot mystery--the dynamic interplay between the two men drives the story."

A tenured member of Black Rose Theatre, Gibbs is making his directorial debut with "Sherlock's Last Case." He and his wife have been involved with Black Rose off and on, since 1996.

"We've both done a number of shows." Gibbs says. "I've been on the board, I've been on stage and behind the scenes building sets and doing tech but this is my first time directing," Gibbs adds. "I should know what's going on. I've got a great cast and an exciting show."

Clif Kirkland, who plays Sherlock, is an experienced stage actor. His background as a policeman and detective brings real-life experience to his portrayal of Holmes. His foil, Dr. Watson, is played by Tom Lestrade, an experienced actor fans will recognize from Mississippi Murder Mystery Dinner Theater. With spirit and fire in her presentation, Virginia Lowry plays the Scottish domestic, Mrs. Hudson. Black Rose veteran, Dwight Turner, plays Inspector Lestrade, a Scotland Yard detective who appears in several Sherlock Holmes stories. The cast is rounded out by Whitney Barkley, who appears as two different characters.

Using television programs such as "Downton Abbey," "Sherlock" and other Arthur Conan Doyle spin-offs as study guides, the cast is taking on the challenge of learning a bit of the King's English.

"It's a challenge for southerners to do British accents," Gibbs says. "But the cast is doing a great job. For example, the word charade--pronounced in Mississippi with one short and one long "a" sound--is pronounced with two short "ahs" by the Brits."

Gibbs' enthusiasm for the show gets the best of him--he has to keep himself from giving too much away.

"There are several plot twists. You find out Doctor Watson isn't simply a complementary character to Holmes; he actually has a dark side. Feeling put down by Holmes, he plans his revenge. It's a devious and twisted plot," he says.

With every show, Black Rose Theatre honors a branch of the service community. On Wednesday, April 24, Black Rose will honor the 172nd Air Wing with a private showing for the airmen and families that live in Rankin County.

"We're really excited to be honoring them with the show," Gibbs says.