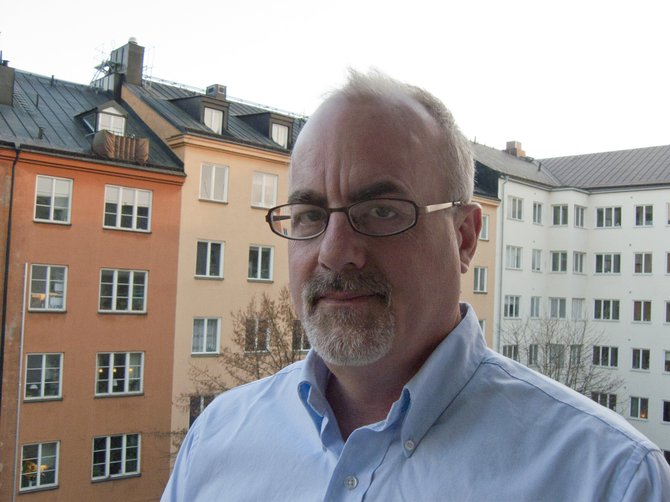 Name: Kent Moorhead Age: 58 Job: Documentary filmmaker. His film "Rather Die a Free Man Than Live a Slave" is showing at Crossroads Film Festival April 14. The film is about the creation of the U.S. Colored troops during the Civil War, as well as the larger black liberation struggle that was part of the Civil War. Photo by Courtesy Kent Moorhead

As a kid, what did you want to be when you grew up?

Describe your workday in three words.

All three words are the same: storytelling.

What tools could you not live or work without?

My brain; both the analytical and the creative sides.

What steps brought you to this position?

A strong wish to find the truth and then tell it--same thing that drove William Faulkner; I grew up in his town. New York University Film School in 1970s taught me the craft of filmmaking; I was in the last generation to be taught by some of the great Hollywood masters.

What's the strangest aspect of your job?

To come to understand that some people want to live with myths--and that telling the truth often means a fight.

What's the best thing about your job?

You get to meet fascinating people, hear interesting stories and reveal things others want kept secret.

What advice do you have for others who would like to become filmmakers?

Learn your craft. No one thinks they can just wake up one day and become a brain surgeon; same thing is true about film--assuming you want to make something good.

Kent Moorhead is a Mississippi native currently living in Sweden. Find out more about him and his films at foreveryoungproduction.com.

Gig is a new spotlight on interesting jobs around the Jackson metro area. If you have a great job, or know someone who does, suggest it to [email protected].