What's in Your Food? 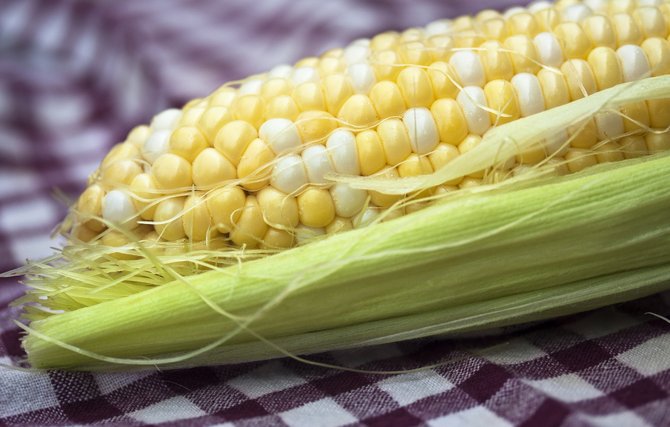 Genetically modified organisms in crops such as corn can have a negative effect on both the environment and the consumer. Photo by Courtesy Flickr/Muffet

A black swan event is generally defined as an unforeseen catastrophe that only in hindsight seems obvious or inevitable. It stems from the fact that for centuries Europeans believed with certainty that a black swan was genetically impossible until flocks of them were found in Australia.

One could see the publication of "Silent Spring" by Rachel Carson in 1962 as signaling a black swan event. Her book brought public attention to the decimation of plant and animal species due to DDT and other poisons thought "safe" for agricultural use by science and government.

As the woman who came to be known as the mother of the environmental movement wrote in her book: "Over increasingly large areas of the United States, spring now comes unheralded by the return of the birds, and the early mornings are strangely silent where once they were filled with the beauty of bird song."

It was, for millions of Americans, a black swan moment that would change the way the corporations, government and scientists would be viewed. All human beings are fallible, and even prominent scientists, leaders in government, federal agencies and giant corporations can be terribly wrong.

After "Silent Spring," Americans began to notice where toxic pollution was having a devastating effect. The government responded by creating the Environmental Protection Agency, charged specifically to protect the nation's ecology.

Of course, since then, American consumers have also been deluged with ways in which the government--charged with protecting the public from unsafe agricultural and food industry practices--has fallen far short in its duty. Just Google salmonella,  E. coli and other food-borne illness outbreaks for a reminder of the more widespread, scarier instances--usually from lax inspections at giant industrial agriculture operations.

Indeed, one could make a case that somewhere along the line, government officials and agencies changed hats to see their jobs as promoting industry profits rather than looking out for the public's safety.

GMOs presumed 'safe'--like DDT So it is with genetically modified organisms (GMOs). The giant multinational corporations that produce them say they are safe and, due to lax U.S. laws, regulatory agencies are obliged to take them at their word.

There is no U.S. government mandate to check safety regarding GMOs in food or the environment. Corporations like Monsanto, Bayer, Syngenta and Dupont--and the scientists they employ--say they are safe. So, as far as the federal government is concerned, they are safe--without independent testing to prove the validity of their statements (see Los Angeles Times: jfp.ms/latimesGMOs).

Farmers report own 'Silent Springs' Meanwhile, people are reporting their own silent springs regarding GMOs. Farmers in Illinois say the GMO corn that was supposed to kill the western corn rootworm has instead caused mutated rootworms that thrive, making them even harder to kill. In fact, an Iowa State University researcher published a study confirming the observation, saying the corn was creating "superbugs" in Iowa fields (see jfp.ms/superbugs).

Some farmers say their chickens refuse to eat GMO corn or, if they do, the yolks don't have their usual bright orange color. Farm workers report allergic responses to working with GMO plants. In Canada,  80 percent of pregnant women and their offspring tested were found to have Bt toxin (a poison used to kill insects that's genetically part of GMO corn) in their blood, despite industry assurances that it wouldn't linger in the human body (see jfp.ms/GMOtoxins).

Some scientists worry that if the GMO Bt genes are colonizing the bacteria living in the digestive tract of North Americans, we might see an increase in gastrointestinal problems, autoimmune diseases, food allergies and childhood learning disorders.

French scientists analyzed the raw data from three rat studies in 2009 and found that three GMO corn varieties caused liver and kidney toxicity and other organ damage. Yet, all three corn varieties are in the human food chain in the U.S. (see jfp.ms/GMOcorn).

Yet, as before "Silent Spring" was published, government agencies and scientists employed by the corporations that produce the GMO seeds say they are safe.

Taking over Billionaire Bill Gates wants to plant GMO crops across Africa to prevent hunger and mass starvation, saying this science will feed the world (see jfp.ms/GMOAfrica). But what happens when these living biological pollutants overwhelm the natural safeguards against them?

That's not a future concern, but one that's occurring right now. Farmers are noticing that the GMO crops of some of their neighbors have escaped their fields. GMOs are genetically designed to be aggressive pollinators, and they are infecting the crops of organic farmers and taking over the landscape.

Enough so that, Environmental Health News reports, "about 80 percent of canola growing along roadsides in North Dakota contains genes that have been modified to make the plants resistant to common weed-killers" (see jfp.ms/80percent). Read that again: 80 percent!

In Oregon and in Manitoba, Canada, researchers are finding similar outbreaks. And these quasi-designer plants are evolving into new plants that combine natural and unnatural genes. These plants are becoming "superweeds" that cannot be killed by the poisons they were scientifically engineered to withstand and are taking over other crops.

What's that dark cloud?! If we thought "Silent Spring" was a wake-up call about the indiscriminate use of pesticides, wait until whole ecosystems are failing because these man-made invasives have taken over the landscape. Or when food prices skyrocket because crops are being overwhelmed by superbugs and superweeds created by GMO varieties. Or when certified organic prices rise even more--or "organic" itself collapses--because heirloom seeds not tainted by GMO are virtually extinct (see jfp.ms/seedmonopoly).

Food security? When GMO strains wipe out the biodiversity of corn in Mexico (which has already started, see jfp.ms/ Mexicocorn), the corn-based agricultural economy of the world will be standing on a slim reed indeed.

Bill and Melinda Gates may find they have funded agricultural "science" so that the world starves, a famine that would dwarf the Irish potato famine.

What is that we see on the horizon? A dark cloud? No, it's genetic biological pollution--a black swan of global proportions.

Jim PathFinder Ewing is the author of five books on energy medicine and eco-spirituality (Findhorn Press). Look for his new book "Conscious Food: Sustainable Growing, Spiritual Eating" in a bookstore near you. Find Jim on Facebook, on Twitter @edibleprayers or visit blueskywaters.com.