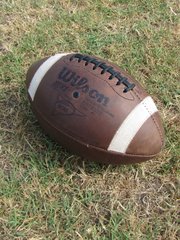 Mississippi State has handled every obstacle laid in front of it on the football field this season. The Bulldogs set at 7-0 and are 11th in the newest BCS Standings after their 45-3 victory over Middle Tennessee.

This week, MSU faces their toughest test of 2012 on the road against top-ranked Alabama. The Crimson Tide has followed up their title from last season with a strong showing to start this season.

Dan Mullen, MSU head coach, has spoken several times this season about having a championship team this year. Mullen has worked hard to build an impressive program at Mississippi State, and he gets his chance to see his team’s skills against one of the best college football teams in the nation.

The Bulldogs get the opportunity for a showcase or signature win in SEC play under Mullen this week. Mississippi State finally got a win over an SEC West foe when they defeated Auburn earlier in the season for a big stepping-stone.

Now, MSU gets their shot at one of the best programs in the SEC. Alabama doesn’t seem to rebuild but just reload.

Mississippi State will face a tough and physical team in Alabama. The Crimson Tide has one of the best offensive lines in college football and a strong power running game to go along with its offensive line.

Alabama is not shabby on defense either after sending several players to the NFL over the past few years. The Tide just plugs the next man up in place and keeps rolling right along.

As good as Alabama is, they are beatable. LSU was able to defeat the Crimson Tide last season. This year could be Mississippi State’s turn to down the powerhouse.

If MSU is going to pull off the upset, they must stuff the Alabama running game. That forces Crimson Tide quarterback AJ McCarron to beat them.

The Bulldogs must put pressure on McCarron and hit him every chance they get. MSU needs to come out of the gate punching Alabama’s offense in the mouth.

Mississippi State needs to force turnovers and protect the ball when they are on offense. Tyler Russell, MSU quarterback, hasn’t faced a pass rush like he will against the Tide.

He needs to be smart with the football and with running back LaDarius Perkins. If the Bulldogs can get tough yards from Perkins on the ground it will force the Crimson Tide to respect the play action pass.

Overall, Mississippi State will have to play a nearly perfect game to defeat Alabama, and it needs the Crimson Tide to help with some poor play. The Bulldogs can win this game, and they need to think of their 1980 win over Alabama.

Even if MSU loses, they still have a chance to have one of the most successful seasons in school history before this season is over.