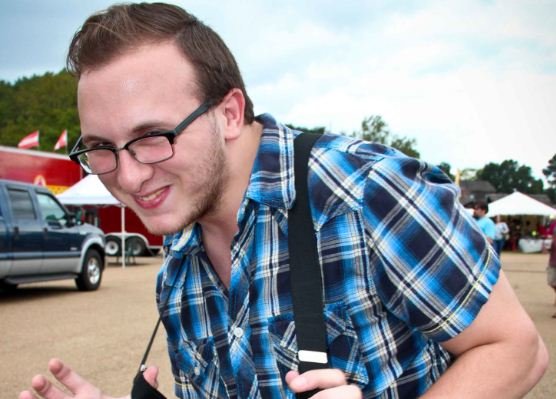 Photo by Photo by Peyton Wofford

Zach Lovett, whose grandmother describes him as "an old soul who is not that old yet," speaks with the ease and confidence of a practiced musician and performer. If anything belies this 20-year-old singer-songwriter's age, it is his passion for making music.

Lovett has been playing the guitar since he was 12. He sings and plays the banjo, harmonica and a little piano.

"My heart is in the banjo," he says about his favorite instrument. "I'll play the fire out of it if I get the chance."

Though neither of his parents is a musician, Zach attributes his love of music to their influence. He and his twin brother, Dylan, grew up listening to modern-day troubadours such as John Prine and Neil Young. Their father, who Lovett calls "a huge words man," instilled a deep appreciation of lyrics and songwriting.

"I've always been interested in the creative side," Lovett says. His biggest influences are alt-country singer Ryan Adams and Conor Oberst, singer and songwriter for the band Bright Eyes.

"I owe a lot to other musicians, but I get the most out of performing my own songs," Lovett says. He has been test-driving his original material at Fenian's Pub for the last couple years, playing at the pub's open-mic night.

When he's not going solo, Lovett plays with Dandy and the Lions, a band he formed with his college roommate, Spencer Thomas, while attending Delta State University in 2011. He describes the band as "folkgrass with a strong bluegrass influence." For a quick listen, check out Dandy and the Lions on YouTube, performing "The War."