The United States of Anorexia 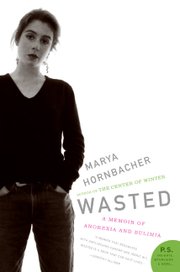 Standing in line at CVS Pharmacy waiting for my 90-year-old mother-in-law’s heart medication prescription to be filled, I see arrayed before me on the counter—and above it, below it, and off to the side—brightly colored summer magazines featuring bikini-clad women. They have one thing in common: Not one of them has what could be considered a “normal” adult woman’s body, not in this culture—or planet.

You know the score without saying it: the abnormally large chests, the wasp-like waists without tan lines or wrinkles or—heaven forbid—stretch marks and nary a freckle. They all give more than a hint of toned muscle and, apparently, this year’s fashion: thinnish hips. Perhaps the latter is meant subliminally to exude youth, as if puberty could occur with designer hormones dictating breasts or thighs, tuning up one and dialing down the other.

The message, stated or not, was “You, too, can look like this!” (Just buy this magazine.)

Obviously, that’s a lie. Admittedly, it’s been a while since I visited the beach. But, as I recall, slim waists and thighs weren’t the norm, for adult male or female bodies.

95 percent of all dieters will regain their lost weight within five years.

Female athletes in aesthetic sports (e.g. gymnastics, ballet, figure skating) found to be at the highest risk for eating disorders.

Women are much more likely than men to develop an eating disorder. Only an estimated 5 to 15 percent of people with anorexia or bulimia are male.

The majority of people with severe eating disorders do not receive adequate care.

Over one-half of teenage girls and nearly one-third of teenage boys use unhealthy weight-control behaviors such as skipping meals, fasting, smoking cigarettes, vomiting and taking laxatives

Statistics bear me out, with the Institute of Medicine reporting that two-thirds of Americans are overweight or obese, and that the number of people who are morbidly obese (weighing twice the ideal body weight) is seriously rising. If these trends continue, 42 percent of Americans will be obese by 2030.

Yet, standing here in line at the local CVS, I’m staring at a body universe where 99.9 percent of the female humans look like Barbie, and the few males depicted look like unshaven accessories. Perhaps, the artisans of popular culture have created an ideal form that cannot be found in the natural world. This ideal is like that of any art form: the result of painstaking detail to simulate reality while at the same time rejecting it to make a statement. Perhaps this statement is: “You were born inferior and can never achieve desirability.”

No wonder we are a nation of eating disorders. If these bodies are “natural” then, in addition to liposuction, so is anorexia and so is bulimia—all in an attempt to fulfill an impossible ideal.

“The anorexic body seems to say: I do not need,” writes Marya Hornbacher in her book “Wasted: A Memoir of Anorexia and Bulimia” (Harper Perennial, 1998, $14.99). “It says: Power over the self.” It’s a rejection of the power that culture has over the self, the family, institutions, every facet of life. It says that the victim is actually in control.

Can obesity be seen as a meaty fist shaking at the world: You cannot control me!

The answer may be more pedestrian: Magazine covers displaying fat people don’t sell. But between the extremes, what’s wrong with nourishment? Of mind, body and spirit? America has some serious issues with food. How, as a society, did we lose our way?

The pharmacist—a woman shaped like a normal human being—came back to the counter and rang up the prescription, and I left the two-dimensional bikinied art projects behind. For some reason, I was famished.

Disclaimer: The author is not a medical doctor, and his article is not intended to provide medical advice, diagnosis or treatment.

True, media images do affect what we see as an ideal, but I also think it's really important to acknowledge and consider the mental and psychiatric aspects of the disease, not merely to point to magazines and say, "This makes women anorexic." Sometimes a disorder may initially start with a diet that sure, may be influenced by a desire to look a certain way or fit in a certain pair of jeans, but its progression from diet to life-threatening disorder is rooted in issues that go much beyond wanting to look like a model. There was an interesting piece on Slate this week about that, actually. I'd suggest reading it as a companion piece to this one. Here's the link: http://www.slate.com/articles/health_...">http://www.slate.com/articles/health_...