Animal of the Day: Shelter Cats 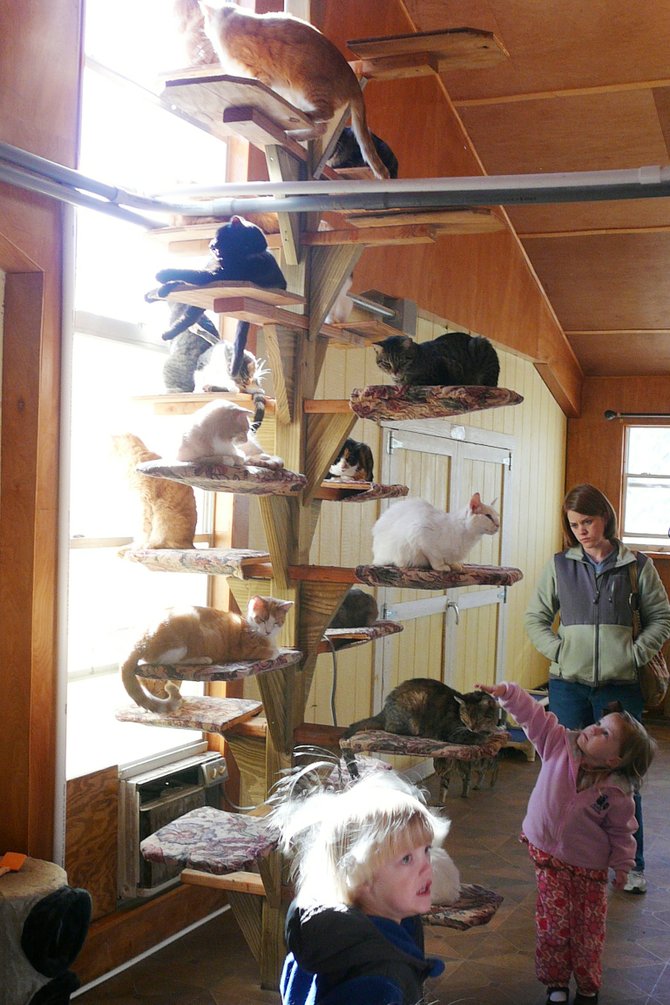 The cat's out of the bag at Community Animal Rescue & Adoption--and hopefully going to a new home this weekend.

CARA is participating in a nationwide adoption promotion called "9 Lives for $9," aimed at encouraging adopters to bring home a feline older than kitten-age. Those looking to adopt cats nine months or older can do so for only $9, instead of the regular $75 adoption fee. All the cats are up-to-date on vaccinations, medications and spaying or neutering. The special continues through the weekend, leading up to an open house and rededication ceremony for the center's cattery.

"The idea was on a nationwide basis to help get some of these cats in local shelters into loving homes," says Denise Cantrell, a boardmember at CARA.

The rededication is in honor of the cattery entering its second year, as well as celebrating the improvements CARA has made in its first year. "We actually had some funding that was left over from a grant we received, so in the last month or so we were able to use that to fund some brand new, nice cat kennels, so those that want to stay in the kennels have brand new kennels," Cantrell says. "We wanted to be able to show how much we've improved even since we opened the cattery."

Building the cat-only zone has made a big difference in the cats' lives, particularly as the cattery allowed CARA to separate dogs and cats. "The cats were in two rooms divided off from all the dog kennels inside the shelter, which was safe, but it was still an environment where they could hear the dogs bark, or they would almost always have to be in kennels," Cantrell says. "This way, we have, I'd say, 60 cats that are able to freely roam, play, lay around in the sun and the windows. It's just a neat thing to go in, and we have a sunroom and a little stairwell and these levels. ... To me, if you've got to be in a shelter and not a loving home, it's a great environment for those cats that we've been able to provide."

The cattery also has areas for pregnant cats or new mothers with kittens, and a quarantine area to keep new cats separate from the whole group until they are given a clean bill of health.

CARA's open house is today and tomorrow from noon to 5 p.m. at the shelter (960 N. Flag Chapel Road). The cattery rededication ceremony is tomorrow, Nov. 17, at 2 p.m. To see some of the cats CARA currently has available for adoption, visit carams.org. For more information or to donate to CARA, visit carams.org, like CARA on Facebook, or call 601-922-7575.