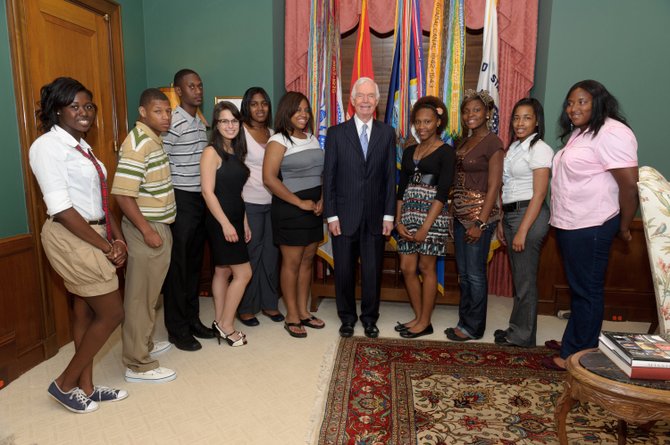 A group of Jackson high-school students recently traveled to the nation's capital to learn about government and safe-driving policies.

The Youth Council serves as a liaison between young people and the city government by keeping officials informed about what youth in the city need. Members also help the city with its outreach programs to young people. Students on the Youth Council, which is part of the Mayor's Youth Initiative, come from both public and private high schools in the area.

Earlier this month, some members of the Youth Council spent a week in Washington, D.C., at the Teen Safe Driving Policy Summit hosted by the nonprofit organization Close Up. While they were in Washington, the students learned about driver safety issues and policies that affect young drivers.

The council members also met with U.S. Sen. Thad Cochran, R-Miss., and policy experts, as well as students from around the country. They also had time for some sightseeing trips to landmarks on Capitol Hill, museums and memorials, and the White House.

The summit, which is sponsored by The Allstate Foundation, was held to mark National Youth Traffic Safety Month in May.