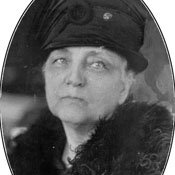 The Old Capitol Museum (100 S. State St., 601-576-6920) highlights three powerful Mississippi women in a new exhibit that continues through the end of June.

"Pieces of the Past: Women of Influences" only has a few items that fit into one small case. The artifacts include:

• A vase that belonged to Nellie Nugent Somerville, a suffragette from Greenville. She was the first woman elected to the Legislature in 1923, just three years after women got the right to vote.

• A paperweight that belonged to Bernita Shelton Matthews, a Hazelhurst native who became the first woman federal district judge in the nation. President Harry Truman appointed her in 1949 to the District Court of the District of Columbia.

• A brooch and a pair of earrings that belonged to Ellen Woodward of Oxford, a key figure in the New Deal. She was instrumental in the creation of the Works Project Administration in 1935. Three years later, she became a member of the Social Security Board.

Pieces of the Past is part of the Old Capitol's larger theme this year of the Democratic process. Officially, this collection goes off the shelf June 24, but curator Mike Stoll says it might stay up a few days past its original end date.