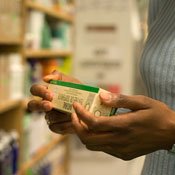 Think before you buy: Will it really make you happy?

Futurist William Gibson, in his book of essays, "Distrust That Particular Flavor," (Putnam, 2012, $26.95) says: "We are all curators in the postmodern world, whether we want to be or not."

It is this otaku (Japanese for a passive, obsessive need for data), he says, that defines the emerging world and its generation. In short, we are being defined as consumers. Curation—or our choices in consumption—is mindless, or not, perhaps in degree.

It poses a challenge that an adoption of spiritual precepts can help define. Why not be mindful of this otaku, and acquire a "center" for it within one's being and, thus, urge it along with spiritual power?

It need not be confined within any specific religion or spiritual discipline or modality, but only require the transcendence of want that consumerism implies—toward choice, an informed mindfulness with integrity.

The concepts are what's important.

If there were a broad generational move to shift gears to a deeper level, say from otaku to the Buddhist idea of vipassana (Sanscrit: vipashyana), meaning a spiritual consciousness of seeing things as they actually are, freeing the self from the emptiness of conditioned phenomena, it could channel and propel the information age.

This internal recalibration of the inner compass could help people be resistant to the delusional roller coaster of manipulation to which consumers are prey. To be mindful in choices would be liberating on a massive scale.

How to do this? Consider these questions, for the individual: What makes us happy? What's good for the planet? What provides wealth and plenty for those we love?

This type of awakening for a path of consciousness, called "living in right relationship," is not new or confined to any one religion or way or path, from Quakers to Buddhists to Native Americans. (Indeed, the common method of vipassana retreat for meditation is similar to the "vision quests" or "pipe fasts" practiced by native peoples.)

Bryan Welch, for example, in his book "Beautiful and Abundant: Building the World We Want" (B&A Books, 2010, $9.99), offers Quaker-style queries for readers as a guide for any course of action:

• Is it beautiful? (to engage human imagination);
• Does it create abundance? (to entice innovation);
• Is it fair? (so no one is marginalized, all can share);
• Is it contagious? (so it can "go viral" or create a "tipping point" for change).

Let us not be mere consumers, led by our desires and bedazzled by what's put before us from the outside. Let us practice mindfulness in our choices and lead society, indeed the globe, through following a path of right relationships, curating our lives and our world.