Board Picks Gray for JPS Superintendent 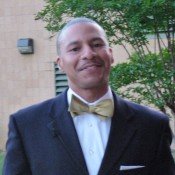 Cedrick Gray is set to become the superintendent of Jackson Public Schools.

The Jackson Public Schools board announced last night that it had selected Dr. Cedrick Gray to lead the district as its next superintendent.

Gray is currently the superintendent of Fayette County schools in Tennessee. He has been a principal in two Memphis schools and worked in professional development in Memphis.

He earned his bachelor's and master's degrees at the University of Memphis and his educational specialist and doctorate degrees from Union University in Jackson, Tenn.

Gray is an associate minister at his church. He lives in Oakland, Tenn., with his wife, Karen, and has one child.

Interim Superintendent Jayne Sargent's contract expires in July. The board hired her last June after voting not to renew then-Superintendent Lonnie Edwards' contract. Sargent previously served as superintendent of JPS from 1997 until she retired in 2002.