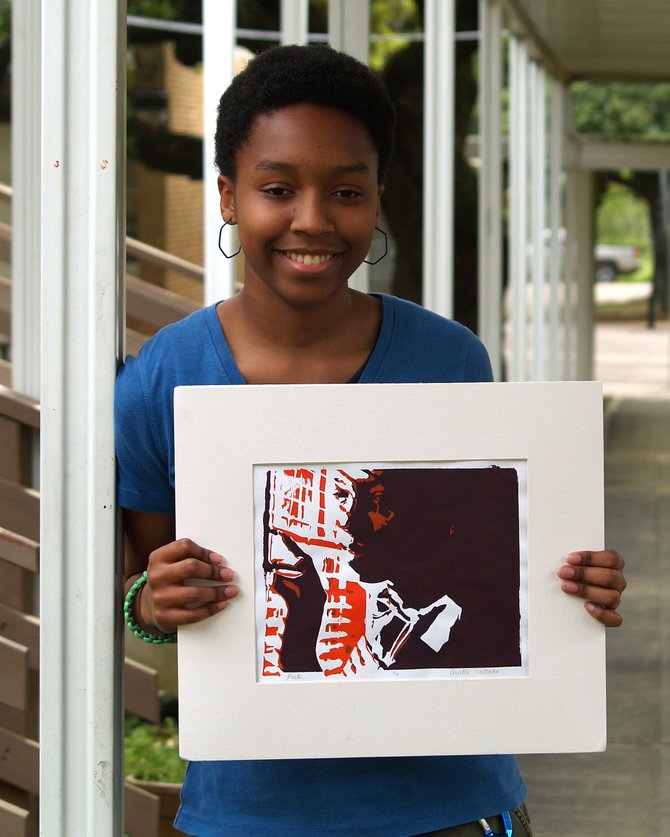 A Jackson high school student has received a national award for her artwork. Arielle Wallace's printmaking skills have earned her a gold medal in the Scholastic Art and Writing Awards.

Wallace is a junior at Power Academic and Performing Arts Complex, where she studies visual arts. Her award-winning work is a silkscreen print titled "Peek." To make the print, Wallace took a digital picture of herself, then reduced the image to simple shapes and colors.

"Peek" will travel to New York City for the Scholastic National Art Exhibit at the Parsons Art Institute. An awards presentation will take place at Carnegie Hall this summer.

The Scholastic Art and Writing Awards have been around since 1923. Past winners include Andy Warhol, Sylvia Plath, Truman Capote and Joyce Carol Oates.

Altogether, 15 Mississippi students received awards, 10 of them gold medals. Read more about the contest at artandwriting.org.