The Magic of Jade 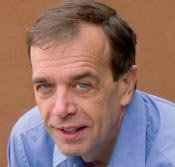 When I met Gerard Helferich last fall, he handed me a piece of jade. The dark green disk, carved in the shape of an ear, was about an inch and a half high. As we spoke about his book, "Stone of Kings: In Search of the Lost Jade of the Maya" (Lyons Press, 2011, $24.95), I held the stone, methodically rubbing my thumb over its smooth surface.

Helferich attributes synchronicity to his writing the book. Mary Lou Ridinger gave her husband, Jay Ridinger, a copy of Helferich's 2004 book, "Humboldt's Cosmos." The couple lived in Guatamala, prospecting for and selling jade, and her husband mentioned that he wouldn't mind meeting the author.

A couple of years later, Helferich and his wife, Teresa Nicholas (Yazoo City native and author of 2011's "Buryin' Daddy"), were in Guatemala on assignment from Fodor's, and they met Mary Lou. Jay was too ill to meet Helferich, though; he died two months later.

"I have this feeling that he wanted to meet me to try to get me to write a book about him," Helferich said. And he did, without my even meeting him. ... He just set it up—aligning the forces of the universe."

When Helferich and I parted company, I found it hard to return the jade.

"Mary Lou gave that to me, and I wondered why it's in the shape of an ear," he said. "I have a feeling it was her way of telling me to be a good listener, to pay attention."

Archeologists found beautiful jade artifacts, yet there was a mystery about where it came from.
I think the fact that it was hard to find increased its value to the people. The Maya and the Olmec lived in an animistic world where every natural phenomenon, every object had its own internal spirit. You had to satisfy these spirits because they had the power to control human destiny. There were several things about jade that suggested that its internal spirit was particularly strong: It was rare; it was very hard; ... it seemed eternal. ... It didn't burn. And it was beautiful, of course.

I loved your description about how to carve jade.
It's so dense that you can't carve it the way you carve marble. You have to actually scratch it. ... It was so hard to carve that by the time you carved something, it was valuable just because of the work you put into it. That's still true today. Unless you're talking about imperial green jade, raw jade ... isn't really valuable.

Has anyone ever found instructions on how to find or carve jade?
Not really. They wrote a lot of things on their jade pieces, but they were all drawings of gods and kings. ... There really was no practical information. The way that they know how the Maya, for instance, carved jade, was really just by trial and error. People experimented. They looked at the work and they sort of pieced together how they did it, how they used pieces of wood dipped in animal fat and then dipped in ground garnets to saw it, and how they'd take a hollow bird bone and do the same ... to carve a hole for a bead. ...

In terms of the Maya, there was absolutely no clue, which is why it took 400 years for people to finally find (the sources), because they're not mines in the sense of big holes in the ground. You trip over these. A lot of times, a "mine" is just really an area. You collect loose stones washed down from mountains over thousands of years. When you pick it up, there's no trace it was ever there.