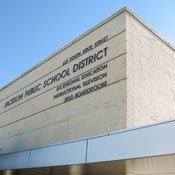 The Jackson Public Schools board has yet to vote on a sex-education policy and curriculum for next year.

School districts across the state have only a few weeks left to decide on sex-education policies and curricula for next year, but many have yet to make their decisions, including Jackson Public Schools.

The deadline for each school district in the state to adopt either an abstinence-plus or abstinence-only sex-education policy is the end of this month. Districts have until June 30 to report both their policy and curriculum choices to the Mississippi Department of Education's Office of Healthy Schools.

JPS has not yet adopted a policy. The last school board meeting of the month is scheduled for June 19.

"They jumped the gun on it and made an adoption, and the curriculum they actually chose ended up not being on the (approved-curricula) list," he said.
After Moore became superintendent in January, he and the board met with vendors that have programs on the MDE's approved-curricula list. They also met with teachers and school health nurses and surveyed the community, he said.

Before a new law, HB 999, passed last year, Moore said his district did not have a defined sex-education policy.

So far, 30 districts have chosen abstinence-plus policies, according to the education-advocacy organization Mississippi First, which has been trying to get more abstinence-plus programs approved.

As school officials discuss policy, some Jackson-area residents say no matter what policy school districts adopt, it will be much more effective if community groups get involved. Betti Watters is the president of the newly formed nonprofit Mississippi Campaign for Teen Pregnancy Prevention. She says that teens will make better choices if they get sex-education from people they already have a connection with and who can be role models for teens after classes end.

"Our core belief is that teens, of course, need correct information on sex in order to be able to make good decisions, and the people who are closest to them are the best people to give that education," Watters said. "Of course, parents are the best educators, but many of them do not have the information, maybe, the time or are just uncomfortable talking about sex."

Watters, who has been a social worker for several different organizations, said community groups should also work with parents to help them talk to their teens about sex. She is encouraged by how many people are talking about Mississippi's high teenage-pregnancy rates, but still sees a need for effective programming to address the problem.