Stalking: It's No Joke 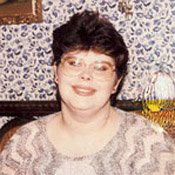 Adrienne Klasky's ex-husband murdered her after stalking and harassing her for years.

The night I finished the story of Adrienne Klasky's murder, I felt as if my safe, stable life had disappeared. Klasky's killer, Michael Graham, had stalked Adrienne for about three years prior to murdering her in cold blood. Haley Barbour suspended Graham's sentence in 2008. He was out. Would he come gunning for me?

In fall 2010, I wanted to write a story about stalking as an element of domestic violence. I had a heck of time finding anyone who would speak with me. The women I spoke with were too scared, sometimes even years after their stalkers were gone, to talk openly about the crime.

Then, in October, I was able to contact the family of Adrienne Klasky. After nearly a decade, a few came forward and told me the story. It chilled me. Even after two years, sometimes, when I'm in the dark, alone, I find myself looking over my shoulder or feeling a shiver travel coldly up my spine.

January is stalking awareness month, a fact brought to our attention through a statement from Attorney General Jim Hood's office.

"The term 'stalking' refers to an individual's or group's unwanted--sometimes obsessive--attention to another person. Common stalking behaviors qualifying as harassment or intimidation may include following a victim in person or monitoring them with the use of the Internet, or both," Hood's release states. "It is important to note that not all stalking victims are women. In fact, a significant number of men are stalked."

"Even though the act of stalking is considered to be a crime in all 50 states and the District of Columbia, many people underestimate its seriousness and impact," Hood said in the statement. "Stalking can be a difficult crime to investigate, prosecute, or even recognize, and that is why a national designation brings the perfect reminder to educate ourselves on the subject."

In other words, don't be a victim. Here's some information the Jackson Free Press has published about stalking.

What Is Stalking?
Stalking and domestic violence are about power and control. No one who truly loves someone else will purposely hurt that person or make him or her fear for their life. No one has the right to terrorize or hurt you. "Everyone should be treated with dignity, fairness and respect," said Lt. Tammy Gaines of the Hinds County Sheriff's office.

Here are a few of the behaviors associated with stalking:
• Following, whether physically or through cyberspace with GPS tracking.
• Obscure behaviors, such as rearranging items, just making sure the victim knows the stalker is out there.
• A person gives you flowers or gifts, even after you tell them you're not interested and refuse other advances.
• He or she calls or texts you several times a day and won't stop.
• A person seems to consistently show up in places you go: restaurants, clubs and other social events. Coincidence? Maybe not.
• You find him or her waiting for you in places you frequent, such as your workplace or a child's day-care center.
• He or she has information about you that isn't widely known. For example, he tells you what you wore last night or what time you got home, although you never saw him.
• Posting private or intimate information or photos on social-networking sites. Note that cyberstalking carries additional felony charges and even tougher penalties.

For information, see the National Coalition Against Domestic Violence website (ncadv.org) or contact the Mississippi Attorney General Domestic Violence Division at 601-359-4251. To report possible cyberstalking, call 601-576-4281.  If you are in immediate danger, call 911.

Stay Safe
If you are being stalked, know that you have the right to live without fear in your life. You have the right to request law enforcement protection and to seek a protective order from the courts. Keeping yourself safe means putting distance between you and your stalker.

If you are in danger, call 911.
• Take it seriously. Stalking can become lethal.
• Don't be ashamed to report stalking. A lot of people are embarrassed, but stalking and domestic violence can happen to anyone. It is not your fault. In Hinds County, contact the victim's assistance program (601-974-2933) for help in acquiring a protective order and to provide other support as necessary. Even if you suspect it, call. "If you think you might be (being stalked), don't ignore it," says Heather Wagner, director of the domestic-violence division in the Mississippi attorney general's office.
• Document everything. Keep track of the dates and times of the events; note what was said, if anything, and exactly what happened. Get names and contact information of any witnesses.
• Tell your friends and family what's going on. Give someone close to you your schedule and tell him or her when you will be doing something unusual.
• Tell your employer. Give him or her a photo of your stalker if possible, so that your stalker can be evicted from the premises, if necessary.
• Try to change your routine and your travel routes to and from work and other regular stops.
• Do not speak to your stalker. If necessary, change your phone number and e-mail address.
• Do not "friend" anyone you don't know on social-networking websites.
• Find someone knowledgeable about domestic violence and stalking who can help you through it, whether a social worker, an attorney or both.
• Get support from people who have been there. It can be an ordeal. Join a support group if possible.
• Prepare an emergency escape plan for you and your children, and have a safe place to go if necessary.