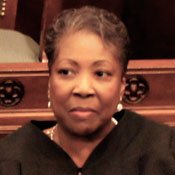 Green's order (which the JFP obtained from the Cottonmouth blog), is dotted with her hand-written notes, and has one section of Mississippi law underscored. The law, section 124 of the state constitution, grants the governor his or her pardoning power. The underlined section is the basis of Hood's assertion that the former governor violated the Mississippi Constitution. It reads, "no pardon shall be granted until the applicant therefore shall have published for thirty days, in some newspaper in the county where the crime was committed, and in case there be no newspaper published in said country, then in an adjoining country, his petition for pardon, setting forth therein the reasons why such pardon should be granted."

The judge wrote the words "emphasis added" after the passage. Her order has effectively stopped further action on the majority of Barbour's list pending proof of the felon's compliance with state law. Green specified that the five trustys whom Barbour pardoned on Jan. 6 report to the court on Jan. 23 personally to provide proof of compliance.

In a final, presumably magnanimous gesture, the former governor, a Republican, issued an unprecedented 208 pardons to convicted felons Jan. 10 before handing over the reins of the state's executive office to his former lieutenant, Phil Bryant. The list of 222 also includes another five trustys, convicted felons who worked at the governor's mansion, whom he set free in 2008. Also on this list are Gladys and Jamie Scott, whose sentences he suspended Dec. 29, 2010, and Michael J. Jones, convicted of selling a controlled substance, pardoned June 30, 2011. Michael Graham, convicted of murdering his ex-wife, Adrienne Klasky in 1989, appears on the list twice: Barbour suspended his sentence in 2008 and then issued a full pardon Jan. 10.

Barbour's list contains everything from a cattle rustler and pot smokers to robbers, rapists and murderers. The former governor has refused to respond to local media requests to clarify his actions, and was uncooperative with Hood's requests for information as well. In his only statement released to date, last night Barbour took the "no one understands me" defense:

"Some people have misunderstood the clemency process and think that all or most of the individuals who received clemency from former Gov. Haley Barbour were in jail at the time of their release," the statement reads. "Approximately 90 percent of these individuals were no longer in custody, and a majority of them had been out for years. The pardons were intended to allow them to find gainful employment or acquire professional licenses as well as hunt and vote."

Barbour's statement says only 26 of the 222 were still incarcerated, but does not say who they are or what prompted him to grant their pardons. Thirteen of the 26 "were placed on indefinite suspension due to medical reasons because their health care expenses while incarcerated were costing the state so much money," according to the statement, and three are under "house arrest."

Advocates for restoring suffrage to felons who have served their time and others who work to ease released convicts' return to work would agree that restoring some basic rights to men and women who have finished their sentences is a positive move. However, the ability to hunt implies, of course, that the pardoned felons can now own guns, a fact that concerns some Mississippians.