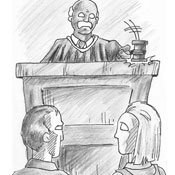 With all the new faces in the Mississippi Legislature this year, advocates for new and strengthened laws to protect victims of domestic violence are being non-committal about the specific legislation they plan to introduce during this year's session.

Women's advocates all seem to agree on one thing, though: Former Rep. Brandon Jones, D-Pascagoula, will be missed. During his tenure in the state House of Representatives, Jones sponsored several bills to help protect domestic-violence victims, including one to strengthen the state's stalking laws and another to add strangulation to the list of aggravating actions that increase a domestic assault charge from a misdemeanor to a felony.

Jones' passion for the issue came from his constituents' outrage when, in 2008, Gov. Haley Barbour suspended Michael Graham's life sentence for murdering his ex-wife, Adrienne Klasky. (Graham was one of four domestic murderers the governor pardoned during his tenure.)

Graham spent years abusing and stalking Klasky. Then, on April 7, 1989, he pulled up alongside her and shot her in the head as she was waiting for a light to change in downtown Pascagoula. Jones went as far as introducing a bill to add accountability to the governor's pardoning powers, such as getting advice from the parole board and providing notification to the victim's family. That bill, unlike many others he introduced, went nowhere.

"He was a tremendous leader on this issue," said Sen. David Blount, D-Jackson, about Jones. "I'm hoping to find someone who can pick up the mantle."

On the Senate side of the state capitol, Blount has also sponsored numerous domestic-violence bills; however, he would not reveal a game plan for the 2012 session. The senator indicated that Attorney General Jim Hood generally led the charge on those issues, and although they have spoken, Blount was keeping mum. Hood did not respond to our request for an interview.

"We haven't finalized everything," Blount said, adding that he intends to work hard on whatever package of bills Hood intends to propose.

Sandy Middleton, executive director of the Center for Violence Prevention in Pearl and a regular victim's advocate at the capitol, wasn't quite as reticent to speak, although she, too, indicated that nothing was written in stone, yet. Until advocates know who will be chairing committees, Middleton said, it's unproductive to finalize strategy and a specific action list.

Regarding strengthening confidentiality for shelter records, Middleton said that much of the information victims provide to shelters or victims' advocates, such as where they're living, could put victims in danger if it were to fall into the wrong hands. Additionally, she's not thrilled to provide abusers potential ammunition against their victims to be used in child custody or divorce proceedings. Mississippi courts, she indicated, frequently side with attorneys representing batterers in such cases instead of with their victims.

"It's important to develop trust," Middleton said of the relationship between shelters and their clients. Victims need to know that the details of their lives are safe with the people and organizations they have turned to for help.

In 2009, the center spearheaded an effort to bring a batterer's intervention program to the Jackson area, and its program is still the only one of its kind in Mississippi. The program has succeeded everywhere the CVP has instituted a program, and Middleton said that she would like to see Mississippi adopt the intervention model statewide, providing additional resources and covering a wider area than the CVP can hope to do.

"It's a proven program," she said, citing a recidivism rate of less than 1 percent for the hundreds of men and women who have completed the program offered through the CVP. Judges sentence batterers to attend the 12-week program in lieu of putting them in jail or simply setting them free.

Unlike anger management, the BIP focuses on examining and changing batterers' core beliefs toward their victims. The program gets to the root of the belief systems—power and control issues, for example, or male privilege—that keep the cycle of violence in place, thus allowing for fundamental changes in thinking and behavior.

Regarding the state's stringent divorce laws, Middleton doesn't see a lot of hope in pushing for laws friendlier to victims; however, that doesn't keep her from advocating for change. Divorce is often the final bit of power a batterer can keep over his or her victim, she said, and Mississippi's laws don't make divorce easy or affordable.

"The offenders are just having fun," she said of batterers who often drag out divorce proceedings for years, forcing their victims to spend thousands of dollars and hours reliving traumatic events.

"It's victimizing them all over again."