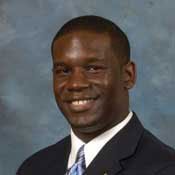 "Districts are starting to get frustrated, because they're ready to roll," Sanford Johnson, deputy director of Mississippi First, said earlier this month, before the approved curricula were announced. "A lot of them want to get the training over and done with before testing starts. ... They're planning for next year right now, and they can't move forward."

The Mississippi Legislature passed a law last year requiring all school districts to adopt policies regarding sex education. Districts may choose between an abstinence-only policy, which teaches that "a mutually faithful, monogamous relationship in the context of marriage is the only appropriate setting for sexual intercourse," and an abstinence-plus policy. Abstinence-plus programs must include everything in the abstinence-only policy, but may also include more information about contraceptives and sexually transmitted diseases. A task force overseen by the Department of Education's Office of Healthy Schools must approve all curricula.

Mississippi First, an education advocacy group, has been trying to persuade school districts to adopt abstinence-plus sex-education policies for about a year. The organization started an initiative in conjunction with the state Department of Health called Creating Healthy and Responsible Teens, or CHART, to help districts that want to adopt abstinence-plus policies find and implement curricula. School districts that adopt medically accurate abstinence-plus curricula can get federal grant money to pay for the programs, but neither of the curricula approved by the Office of Healthy Schools qualify for that funding.

So far, 10 districts, including Hinds County, have signed on to the CHART initiative. The Jackson Public Schools board has not adopted a policy, yet, although Mississippi First expects it will do so next month.

Mississippi First submitted five abstinence-plus programs for approval in October, Johnson said, but the task force rejected them. Earlier this month, the organization submitted four programs, and those were also rejected.

Christine Philley, school-health administrator at the Office of Healthy Schools, said before the curricula were rejected that she thought some of them would be approved.

"The defining factor is that they must meet the letter of the law," Philley said at the time, which means they cannot include a demonstration of condom use. Representatives at the Office of Healthy Schools were not available for comment at press time.

Johnson said he's worried that with the law's no-condom stipulation and how strictly the department is enforcing it, however, schools' abstinence-plus programs will be so watered down that they will be ineffective.

"Our major fear is that we're going to get to the point where we're not going to be able to do any abstinence-plus curriculum with fidelity," he said.

The root of the problem is how the bill requiring districts to adopt sex-education policies was amended before coming law. After revisions from the Legislature, the requirements for abstinence-only and abstinence-plus programs are almost exactly the same. Neither policy allows schools to show students how to use condoms--something that most comprehensive sex-education programs include.

Johnson said part of the problem is that the law requires the Department of Education to oversee approving the curricula, which it doesn't usually do, so coordinating approval has likely slowed the process.

Although districts have to approve a policy by the end of June, Philley said, they don't have to begin teaching the new programs right away. They have to implement their programs during the 2012-2013 school year, but could wait to introduce new material in the spring semester, if necessary.

For more information on programs that have been approved, visit healthyschoolsms.org and click on Approved Resources.

• Mississippi had the highest teenage birthrate in the country in 2009--more than one and a half times the national average.
• One-third of all the babies born in Mississippi are born to teen mothers.
• Mississippi is tied with Florida as having the highest HIV rates among teens out of the 37 states and five territories reporting HIV infection statistics.
• 61 percent of public high-school students have had sex, a 2009 survey by the state Department of Health showed.
• 13 percent of high-school students in the study reported having sexual intercourse for the first time before they were 13 years old.
• At the time of the survey, of the high-school students who had sexual intercourse during the past three months, 66 percent had used a condom.
• In 2009, Mississippi had the highest rate of chlamydia and gonorrhea cases in the nation.
• A 2010 study showed that although 15- to 24-year-olds make up just 15 percent of the state's population, they account for 76 percent of chlamydia cases and 70 percent of gonorrhea cases.

"[A] mutually faithful, monogamous relationship in the context of marriage is the only appropriate setting for sexual intercourse..." So, then, the entire canon of western novels is obsolete? Lawmakers should leave morality to novelists. "Abstinence makes the heart grow fonder" is NOT sex education.