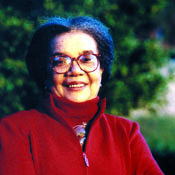 Mississippi has made some progress in education within the last half-century, but many people remain at the bottom in terms of education and economics, civil-rights veteran Marian Wright Edelman said in a press conference last week.

"We've got to get education right, or Mississippi is going to remain at the bottom of the totem pole in so many economic indicators," she said.

Edelman, founder and president of the Children's Defense Fund, was in Jackson for the CDF-cosponsored Strengthening Our Connections Conference.

Edelman worked in Mississippi during the Civil Rights Movement as director of the NAACP Legal Defense and Educational Fund office in Jackson. In 1965, she became the first black woman admitted to the Mississippi Bar. She worked to integrate schools in Sunflower County after a mother from a sharecropping family filed suit to get her children into the better white schools.

"They filed their suit to give their children a better education, because she knew that without a good education, you didn't have any hope in this world," Edelman said. "And we won."

All seven children in the family graduated from high school, went on to college and got their degrees. The school district in Sunflower County that Edelman and others worked so hard to integrate is now under conservatorship, however.

Despite the progress Mississippi has made since the '60s, Edelman still sees problems stemming from poverty and the cradle-to-prison pipeline. She said it costs twice as much to send someone to prison as it does to educate a child.

"We can't just send everybody off to prison," she said. "... That's a really dumb investment policy."

A graduate of Spelman College and Yale Law School, Edelman founded CDF in 1973. In 2000, she was awarded the Presidential Medal of Freedom.