No Sex in This City | Jackson Free Press | Jackson, MS

No Sex in This City 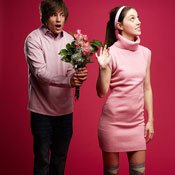 Artists, musicians and writers may not always provide for you, but they can be passionate.

A few years ago, I went on a journey to find my Mr. Right by going on 100 dates in a year. I blogged about each date, with plans to write a best seller and have Drew Barrymore play me in the blockbuster movie that I just knew would come to fruition. I had a fan base full of all types of people—gay men and women, straight men and women, married folks and the singles who all felt my angst when a really good prospect flew the coop. They also shared my excitement when I would date someone who seemed to be the cheese to my macaroni.

We even had my 100th date party with Fearless Four and my closest friends and fans to celebrate my benevolent quest for heterosexual companionship. I did have my share of winners. I met one of my best friends on this journey in finding love, and for that I'm extremely grateful (love you much, Padre!).

My dates were quite interesting. One guy really wanted to impress me by sending me a video of him masturbating (with his parents' Olan Mills church directory picture in the background). Another guy told me he had four DUIs in just under a year. One man was married (I soon found out and ran like hell and told his wife), and one paid for our meal with a slew of coupons, even before couponing was cool. One guy, when I was sick with fever, asked me if he could come over and have sex with me because he likes it when a girl has a fever, he says, and I quote, "because it's so hot DOWN THERE."

My favorite reply while I was on Match.com (it really should be renamed MISMatch.com) was "Well, I'm White, 6'-2" tall, and 240 pounds. Full gray beard, though. It was brown before I got shot. Ouch." One night at a local gay bar with my Deacons/Sweet Pickle Bus members, I got a note from a guy that said: "Hey, I'm in town for a few days. Here's my number. AND I AM NOT GAY!"

I've also learned to give potential ex-boyfriends/future restraining-order recipients the gay aptitude test to make sure I wouldn't ruin a perfectly good wedding dress by marrying someone with one foot in the closet.

However, in the year of excessive dating, I did manage to fall in heavy like with a guy from the Pine Belt, but tales of infidelity and his inability to let the past with his ex-girlfriend go ruined us.

Soon after that union busted up like an ax to firewood, I fell hard for a Lincoln County boy and was even looking at wedding rings, making wedding plans and trying to move to where he lived in Louisiana. When I refused to move due to not finding a job, his quick-to-anger mentality and jealousy reared its neck. We broke up, and I literally thought I was going to die of a broken heart.

Adding salt to the wound, he came to visit me on the night before Christmas Eve. He ran out on two of our bar tabs in the city, then left me crying in my street as he sped off, calling me every name in the book. It took me awhile to forgive him for his actions, but I did, and was able to PTFO (press the f*** on.)

While I don't regret trying to find Mr. Right, my quest wasn't the smartest thing to do. The onslaught of rejection and trying to fit each guy to suit my needs was draining, to say the least. I put each guy on a pedestal and immediately fell in heavy like when they did a slightly nice gesture toward me. I'm not a whore by any means, but my heart sure is. A year of rejection plus the years of dating losers and bad boys made me realize that I have never been in a healthy relationship.

Last year, I decided to quit looking for Mr. Right. Just plumb said to hell with it. It took the pressure off trying to find true love, and while I didn't find it, the fellas I did go out with were guys I'm still friends with to this day. I had no quota to meet, no self-appointed pressure to go out on every date a guy asked me out to, and no stream of countless rejections from guys. I'm learning now to be happy with what I do have and not concentrate on finding my soulmate. I count my blessings for all the wonderful opportunities I have in life.

The secret to knowing you have it all is when you quit looking at what you thought it was supposed to look like. And if my Prince Charming comes along, that's great. If he doesn't, I'm OK with that. Instead of finding love from just one person, I see love every day from my friends, family and at my job. I hope 2012 will make you see that love is everywhere. You just have to find it in the little things.

Watch out, now! Be wary of these potential mates.
1 A-holes are crazy, mean, selfish and sadly, everywhere. Make sure you know their habits and roll bounce when coming in contact with these folks. (Flip side: They're super great targets to take out your aggression on, because most a-holes aren't smart. Feel free to burn them at your convenience. Nothing is better than seeing an a-hole with hurt feelings.)

2 Artists are often broke and may not provide for your level of comfort. The flip side, though, is they will draw or paint pictures of you, introduce you to awesome art and are passionate when it comes to make-out sessions.

3 Musicians are flaky, never punctual, at times homeless and always on tour. However, they will write songs about your awesomeness and always have access to obscure music albums and fab concerts.

4 Nothing makes you say PTFO quicker than a person with parental unit problems. Because, more often than not, they take their issues out on you.

5 Bitches: While they need love, too, their cattiness is due to family issues (see No. 4). The flip side is that they will pitch a fit and lower your bill at a restaurant if things aren't "up to par," as well as handle conflicts so that you won't have to.

6 I can't hate on the "not-quite-divorced-yet-but-we're-over" folks. They tried, but sadly their marriage didn't work out. Just make sure they are really separated and not just running game on you to get some on the side while they are still in wedded "bliss."

7 Writers: See No. 2 and No. 3. The flip side is they will write awesome stories or poems about you that will make you gush like a teenager.

8 Hippies don't bathe or wear deodorant, and are often away to whatever Occupy camp taking place in the city. However, they always have the best Phish bootlegs.

9 With divorcees, be prepared to immediately have children that will hate you because the other parent has turned them against you, several hours of armchair counseling and an ex that's not even yours hating your guts. On the flip side, they know how to have a good time, anywhere and anytime.

10 Strippers/Former Strippers need love too, but their means of income is getting naked for the sake of the almighty dollar. They do like to dance and have nice bodies, though, as well as agility.

• Don't waste the pretty (the good stuff about you).

• Don't jump too fast too soon. It will only hurt you in the long run.

• It takes at least three weeks for the person you're dating to reveal his or her true self. And also your true self. This can be awesome or disastrous. But it happens, and you need for it to happen.

• Gay men and sugar daddies should always be in your life. Always.

• Take constructive criticism from your friends, sort out what they say and take what you believe in your heart to make any decisions.

• Always trust your instinct. Make it your best friend and learn to listen to it.

• If a man tells you he's crazy, jealous, controlling, etc., you had best believe him.

• If you pray or meditate with candles lit and lay out everything for your higher power to play it out (I use God, but you can use whatever/whoever you believe in), you'll get answers and so much peace. Do it now or as soon as you can.

• Don't take every disappointment to heart. Hell; it is them. If they can't see how awesome of a person you are. Let them PTFO, and you do the same. PTFO!

• Don't make anyone stay in your life who is negative. Get rid of them ASAP, for they are the poison that's bringing you down. This applies to everyone—friends, exes, etc. Get them out and continue to PTFO to something that's not a killjoy.

• Don't try to force the square into a circle. It ain't gonna fit. Yeah, that guy you're dating may be the most prominent bush hogger in south Mississippi, but if you feel things are not moving along in the way you feel comfortable with, re-evaluate.