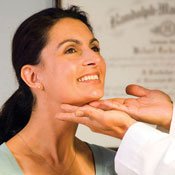 When I was a resident physician, I drove a Mercedes. I thought I was doing what people expected of a young doctor in the show-off city of Los Angeles, where I completed my medical training. The problem with this picture was that I earned the salary of a student doctor, which was not enough to cover the required upkeep of a used Mercedes.

Mistake one was that I neglected taking my car in for routine maintenance due to high costs. I simply relied on the warning light on the dash to alert me to when there was a problem.

The first couple of times that I took the car in for service when my warning light went off, it cost more than $500 each time. The mechanic always seemed so happy to see me coming.

The third time the light went off, I decided to ignore it—mistake two. The car started making a funny sound, which I ignored as well, and then had problems starting. Two months later, the car made a noise that sounded like an explosion and black smoke filled the air. After paying $200 to have the car towed to the mechanic, and finding out it would cost $8,000 to repair the car, I decided that I didn't need a Mercedes after all. I left the car with the mechanic for its early retirement.

The mechanic informed me that the irreversible problem could have been avoided with early detection through yearly checkups and early intervention.

Like luxury cars, our bodies are finely tuned machines—they work best when we take them for regular checkups and pay attention to warning signs. As a physician, I see every day the benefits of regular visits and the problems that occur when patients ignore the warning signs their bodies provide. Two of my patients provide examples on either end of the spectrum. (I've changed their names to protect their privacy.)

Sara Jones was a 57-year-old college professor who came to our clinic complaining of severe chronic lower-back pain that had bothered her for the last 10 years. No physician had ever medically evaluated her pain, she informed me. When I asked her why she had not said anything about it during her last physical, she stated that she did not like doctors and, therefore, had neglected getting a physical for those 10 years. She stated that she simply ignored the pain even though she had good insurance with her job.

After a lot of persuasion, she agreed to have a physical that day in our office. Her vitals were good, showing no problems with blood pressure, cholesterol or diabetes, but the physical exam revealed a palpable mass the size of a lemon in her left breast. I immediately sent her to St. Dominic Hospital for an MRI. It revealed cancer that had spread to her vertebra causing the severe back pain.

I referred Jones to a surgeon who said that all we could do for her was to provide pain medication to keep her as comfortable as possible during her last days.

Mary Smith was a 45-year-old librarian who came to our medical office for a routine yearly physical exam. All her blood work and the physical exam were normal. Even though my breast exam revealed no mass, she still followed up with a routine yearly mammogram as our office recommended. The report came back showing microscopic calcifications, and I referred her to a surgeon for an outpatient biopsy procedure. The pathological report revealed cancer cells, but they had clear margins. Smith's diligent routine screenings led to catching the cancer early, and a surgeon removed it before it had time to spread.

This lady's life was saved because she took her body in for its yearly tuneup.

Getting your annual physical can prevent unnecessary and irreversible damage. As with my old Mercedes and with my patient Sara Jones, in some cases that damage can result in untimely death.

A physical can reveal many medical conditions (not just cancer) that your doctor can treat effectively if he or she diagnoses them early. Those include diabetes, hypertension and elevated cholesterol. If left undiagnosed and untreated, your risks from these illnesses include permanent heart or kidney damage or cerebral vascular disease, which limits the flow of blood to your brain and may cause a stroke or dementia.

Even if you don't enjoy having a physical, it's worth a little discomfort to keep your body and mind healthy. If you don't do it for yourself, do it for someone you love.

Dr. Timothy Quinn is a family physician practicing in Ridgeland. He has a strong desire to integrate lifestyle modification and education into his medical care. He received his medical degree from Meharry Medical College in Nashville, Tenn.