Staying Honest with Grits and Soul 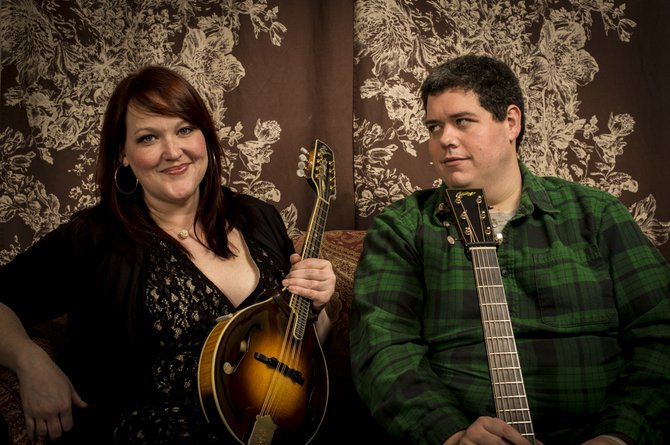 Staying Honest with Grits and Soul

It'll be time to hitch up your baggy jeans and get ready for some foot stomping when Grits & Soul returns to Jackson. The bluegrass-Americana duo's holiday week appearance at Hal & Mal's promises to be a lively evening of fiery-sweet, and soaring vocals, whiplash-quick, pick and strum mandolin and the ever-present signature of acoustic music, the steel-string guitar.

Anna Kline and John Looney first met in Jackson in 2011 through mutual friends. At the time, Kline was working on cultural heritage projects for Mississippi Tourism, and Looney was doing instrument repair at Morrison Brother's Music. The two were well matched in more than a few ways.

Kline, 36, a self-taught guitarist and songwriter, grew up in a family of singers and artists. She learned to sing four-part harmony at church in her hometown of Hernando, Miss. "I studied the music business at the University of Memphis and took a semester of voice, but other than that, I've had no formal training," Kline says.

Looney, 30, grew up in Kentucky and relocated to Jackson in 2009. His early guitar influences include Eric Clapton and the Allman Brothers. Between playing in bands and working on instruments, he brought a fair amount of experience to the table. "As a guitarist, I played blues and straight country music, even R&B. I switched from guitar to mandolin about seven years ago," he says.

Not long after meeting, Kline and Looney got together with guitarist John Anderson and stand-up bass player Travis Kingston, to form Anna Kline and the Grits & Soul Band. Their original song, "Flood Waters," written in response to the flooding of the Mississippi in May of that year, garnered media attention.

"We were a band for a little less than a year," Kline says. "Then our guitarist decided to go back to school, and Travis moved to New York City.

After the band dismantled, Kline and Looney decided to hit the road themselves. The pared-down, re-named duo headed for the regional music center of Asheville, N.C.

The relocation has proven successful. Since their arrival last year, Kline and Looney have been working hard; writing new songs, playing their music and meeting fellow musicians. Their efforts have paid off in a number of ways. They've connected with some very talented musicians and have recorded their first album.

"We've met some of the best musicians I've played with." Looney says about the young bluegrass and acoustic musicians he and Kline call the "Berklee kids," musicians who studied at the Berklee College of Music in Boston, Mass.

Several of the Berklee kids joined Kline and Looney for the recording of their album. The album is titled "Flood Waters," after the 2011 single and was recorded at Compass Records in Nashville. Accompanying Kline and Looney on the album are Jay Starling on dobro, Kyle Tuttle on banjo, Lyndsay Pruett on fiddle and Adam Chaffins on upright bass. Scheduled for an early 2013 release, "Floodwaters" will reflect a mix of influences--bluegrass, Americana, Memphis soul, and a little rock 'n' roll to boot.