It is easy to desire to help someone escape poverty, but it is harder than it might seem because they have to ultimately do it themselves. And the task is made all the more difficult because the very triggers into poverty can also be the effects of it, causing a vicious circle. Take crime: Young people growing up in an abusive or criminal home are more likely to end up in poverty long term; living in poverty also creates conditions that are conducive to crime.

Not to mention, people living in poverty already have the deck stacked against them. Poverty is not a fixed state, reports the Heartland Alliance Mid-America Institute on Poverty; it is fluid. Families move in and out poverty at various times. Many periods of poverty are short: 45 percent ends within a year, 70 percent in three years; 12 percent lasts a decade or more. Research shows that the longer an individual has been poor, the less likely he or she will ever leave poverty behind. And it’s easy to return after getting out: Half leaving poverty within a year will return, the alliance reports.

So what to do? Just one thing won’t get and keep someone out of poverty. The alliance warns that poverty prevention, integration of immigrants, strong economic development in communities, income supports, asset development and human capital development all may be needed to reverse a poverty cycle. And that’s on top of tackling the direct causes, or triggers, discussed on page 19.

It’s a good idea to constantly ask yourself how factors and causes are connected and what can be done. For instance, teen pregnancy. Teens clearly need good sex education and access to birth control if they choose to have sex. They need confidence to say no. They need positive activities that they are passionate about. They need adults who believe in them and will listen, not lecture.

10 years after incarceration. The Heartland Alliance reports that youth incarceration reduces the kids’ future employment by about 5 percent, or three weeks per year.

This is especially true for black youth, many of whom come from communities already mired in a poverty cycle due to long-ago historic causes. They don’t know another life and, too often, communities indict them before they actually do anything wrong by assuming that they are “thugs” or hopeless due to where they’re growing up. It’s a vicious, and dangerous, cycle that is perpetuated when youth, most often youth of color, are sent to detention centers for relatively minor crimes or even mixed with adult detention populations. This is probably dooming them to a life of poverty and, very likely, worsening crimes.

Society should think carefully about incarcerating youth rather than using community-based rehabilitation programs to help them overcome the violence. If not, their poverty cycles can last many years, resulting in more crime by them or their children, in turn creating more poverty and increases their burden on the rest of society, to boot.

But how to empower young people, and their families, to do what it takes to lift themselves out of poverty? There are several approaches, outlined in “Living Without Enemies: Being Present in the Midst of Violence,” by Samuel Wells and Marcia A. Owen (IVP Books, 2011, $15).

1. Working for: “Here, let me carry that burden for you.”

In this traditional approach, the helper has skills and assumes they need to use them to do something for the person in need. Think of a doctor, layer or dentist fixing you. Or becoming an elected official to fix your community’s problems for them. Other examples include philanthropy and relief organizations.

2. Working with: “Here, let me carry some of your burden.”

In this approach, the helper occupies one seat and seeks to empower people to discover their own solutions, while helping them along the way. An example would be giving small loans to poor women who want to start their own businesses or helping someone build a Habitat home.

3. Being with: “That looks difficult. May I walk alongside you as you carry your burden?”

This means that the helper experiences what it is like to be oppressed, disempowered, low on self-esteem and stuck in a cycle of poverty in their own lives. In the Book of Job, his comforters “sat with him on the ground seven days and nights … for they saw that his suffering was very great.” Telling a disadvantaged person that you value them for who they are as a person rather than achievements is “extraordinary,” Wells and Owen write. There is no reason they should trust you if you can’t say that, they warn. They will likely believe you’re helping them for your own purposes.

4. Being for: “I’m not helping you specifically, but my life and work are devoted to finding ways to help alleviate poverty.”

This is not direct action to help specific people, but it involves getting informed about social inequality and the cycles of poverty. It involves research, study, participating in conversations in person and online, even debating and intelligent argument. It might mean letters to the editor. It can help change public policy but also runs the risk of keeping you from actual involvement with the people you claim to want to help. It’s an inadequate model on its own, once you have the knowledge you need, the authors warn. 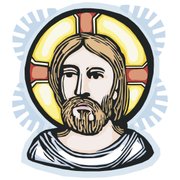 What Would Jesus Do?

The “Living Without Enemies” authors give several theological ideas, using Jesus’ engagement as a model: