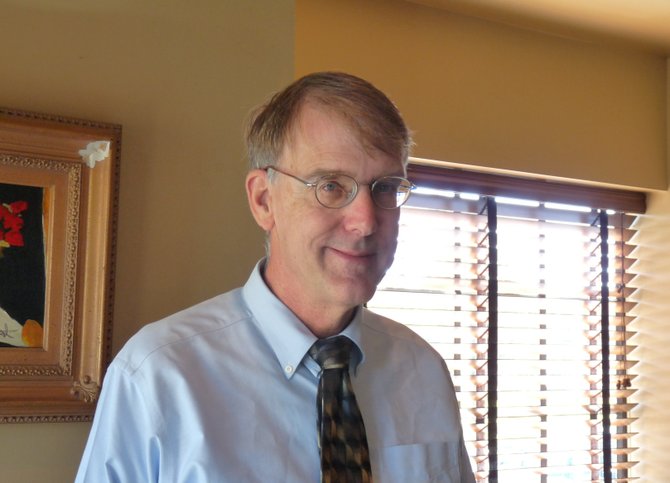 The Jackson Public Schools Board of Trustees is refinancing millions worth of the district's bond debt.

The $55 million debt, which originated years earlier to pay for school building improvements and new construction, will be restructured to take advantage of lower interest rates. But while those rates will be lower, offering a short-term cash solution, the long-term cost of servicing the debt will rise under the proposed deal, said board member George Schimmel.

"I think it's important for us to understand what we're doing," Schimmel said, adding, "We will replace $27 million with $41 million in debt." The new agreement will buy the district "six to nine months of time" to get its fiscal house in order, he added. The additional time is a brief delay in paying a portion of the debt. The district must make good use of the additional time, he indicated at the meeting, or "eventually, the state will come in and make those decisions for us."

Sharolyn Miller, JPS chief financial officer, indicated that she sees no other options at this time, although the districts has made efforts to save money in other ways, such as not filling vacant positions. Miller said the deal will shore up JPS' fund balance, which should be used only in emergencies, and that it could improve the district's credit rating.

"Districts need to have a savings account," she said of the fund balance, instead of borrowing money to fill its needs. "In the long run ... we'll end up spending more."

Revenues from federal, state and city sources have not kept up with the school district's needs. In October, JPS filed suit against the city for not approving the funds it requested.

On Sept. 14, the Jackson City Council approved the school district's original budget of $86 million and the 2.5-mill increase in property taxes it requires. It did not approve the $88.6 million budget that JPS requested in August that would require another 2 to 2.5 mill increase. (Mills are a way of assessing property taxes. One mill is equal to about $10 in taxes on a house valued at $100,000.)

The operational portion of the budget that the council approved is $69 million, a decrease of $3.5 million from the previous year. The balance of the funds goes to bond debt payments.

JPS attorney Dorian Turner said at the time that state law requires that the city set the millage rate to meet the budget that the JPS board approves.

"In regards to the millage, we do not believe the rate the Council approved Sept. 14 is sufficient to cover the JPS budget," Turner said.

The JPS board approved the bond-debt restructuring on a 5-1 vote, with Board President Monica Gilmore-Love abstaining. Linda Rush, the board's vice president voted against the deal. Rush did not return calls for comment.

They can start by trimming Ms. Turner's salary!!